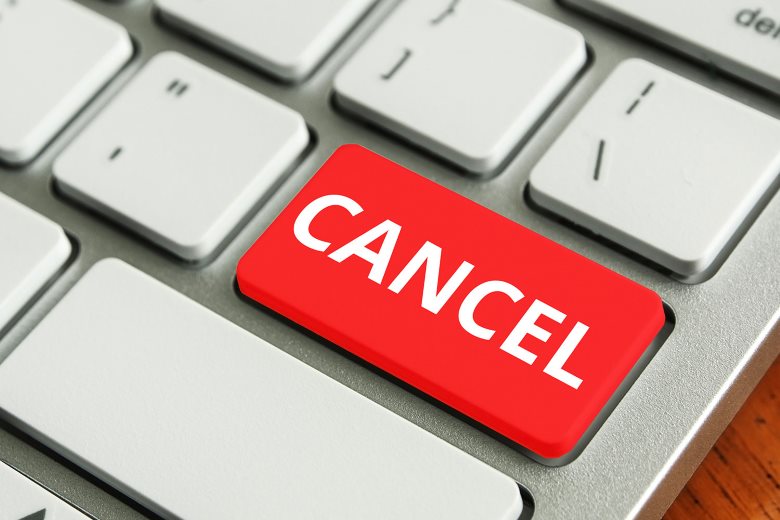 As an avid YouTube watcher and social media consumer, I am very plugged into pop culture, which over the past few years has been dominated by cancel culture, where a large number of people, all linked through social media, agree to no longer support a public figure or organization after offensive or hurtful actions. The hope is that they learn from their mistakes and change their ways. While “cancellation” may sound like a good idea, it normally ends in fake apologies, lots of angry stans, and more attention drawn to the public figure or organization.

After observing many cancellations, I have discovered that most canceled people fit into one of four archetypes: the actor, the ignorer, the hider, and the lotus.

The majority of people who get cancelled are actors. An actor normally goes on a short hiatus, ignores the haters, and comes out with an apology to the smallest audience possible when the noise gets too loud. One recent example is David Dobrik, the Youtuber who had over 20 million subscribers and was canceled in March for creating a vlog culture that allowed incidents of sexual assault and jokes with racist punchlines. His initial apology seemed scripted and lacking accountability, leading to many lost fans and sponsors. So Dobrik posted another, more vulnerable apology, which was more widely accepted but criticized for having sponsors as its catalyst, not true reflection or remorse. Dobrik has been quiet ever since.

The Dobrik situation highlights why being “an actor” is the most popular role amongst people who get canceled. They apologize to improve public opinion, and once everything is said and done, they can go back to doing what they were doing.

Just as the name suggests, an ignorer gets canceled and completely ignores the criticism. A prominent example is J.K. Rowling, the world-renowned author who made Harry Potter famous. Over her career, Rowling has tweeted hatred toward the transgender community countless times, causing major uproar. It is one thing for a YouTuber to be shady among acquaintances and on their own platforms, but for an author to ostracize a whole portion of her fanbase, disrespecting their entire existence, is unacceptable, never mind ungrateful. Rowling has yet to apologize or even show remorse for her actions. In fact, she has gone on to play the victim and has since retweeted various articles defending her sentiment.

Being “an ignorer” is the worst response to being canceled. It just shows the consumer how little they care about the pain they are causing.

Normally, the hider has caused large-scale upset or continuously done something inappropriate. The blowback is so big that it is too overwhelming to face, so they just leave and don’t come back. An example is Shane Dawson, a YouTuber who was canceled for making racist and pedophilic videos for almost a decade. Until June of 2020, Dawson fit into the “actor” archetype because of his disingenuous apologies for blackface, pedophilia, and beastiality. After he made a video insulting fellow YouTuber, Tati Westbrook, in June, though, the internet grew tired of his shenanigans, and he was canceled across social media. Ever since, he has been radio silent: no tweets, no Youtube videos, and only a few comments here and there.

The hider is the second-worst archetype due to their inability to own up to their actions. In their hiding, and all of their newfound free time, we can’t tell what they’re doing. They could be focusing on what they were called out for, or they could be waiting for everything to blow over. We may never know.

A plant well known in literature, the lotus represents overcoming obstacles or tragedy, and it is by far the least common archetype. After cancellation, a lotus uses what they learn from critics and changes their behavior to become a better person. An example of a lotus in the YouTube community is Logan Paul. One fatal day, Paul was wandering in a Japanese forest known for the amount of suicides that happen there, when he and his friends found one such victim. They recorded, edited, and uploaded a video containing clips of this victim. The video faced immediate backlash, and Paul was immediately canceled. Paul came out with an apology, which was met with even more backlash, as in it he sang his own praises and did not respect the victim. At this point, Paul was the actor archetype, but then he started his redemption arc. He came out with a suicide awareness mini-documentary and started a new podcast. All of these actions seem very performative at first glance, but over time, the transformation and the evolution of Logan Paul is clear in his content. He goes from making short little skits every day to uploading a few times a month with a popular podcast that dives deep into various topics. This is one of the few cases where cancel culture really did what it intended and got a person to change their actions.

Cancel culture as a basic idea is a good one: bring attention to people’s shortfalls by hurting them where it hurts—their wallet and reputation. But these examples and countless others show us that while the heart of the canceler may be in the right place, canceling often causes performances and often only leads to disappointment.

If cancel culture continues as is, we will just keep seeing fake apologies, and people will care less and less about serious issues. Apologies can only work if the person is truly sorry for what they did, and true remorse typically takes time. We need to hold public figures accountable.