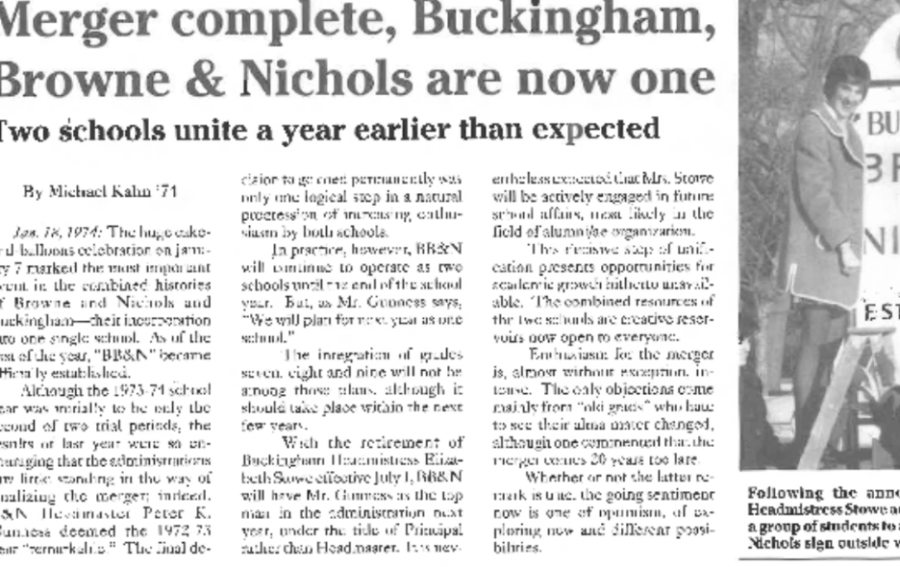 To celebrate the launch of Volume 50, The Vanguard is digging deep into its archives and uncovering some of the voices we have preserved in print. Read on for perspective and articles from Michael Kahn and Chester Beattie (both ’74), two editors of this publication’s first volume.
Michael Kahn ’74, Associate Editor of The Vanguard, Volume One
What was it like living and writing during the event you covered?

The school had already started experimenting with different co-ed classes years before the merger. I took Russian, for example, starting in the ninth grade, and that was co- ed then, but most classes were not. Single- sex education, like everything, has its pluses and minuses. I think for both the girls and the boys it was much more distracting. Before co-education, for the boys, you did your Latin homework, played football, and went home. Co-education made things more complicated, but in a good way. The merger provided for a more normal social life.

What advice do you have for high schoolers today?

I’m a great believer in rereading. Just read [a piece] over and over again until the sound really gets in your head. And then you’ll know, when you’re writing, if it has the right sound or not. It’s almost like music. How does this sound? If you read good writing enough, you get the music in your head, and you’ll know what’s good, what it should sound like, or when it’s getting dull or boring or too fancy or too plain. And then you can modify your own writing so it has the right sound. 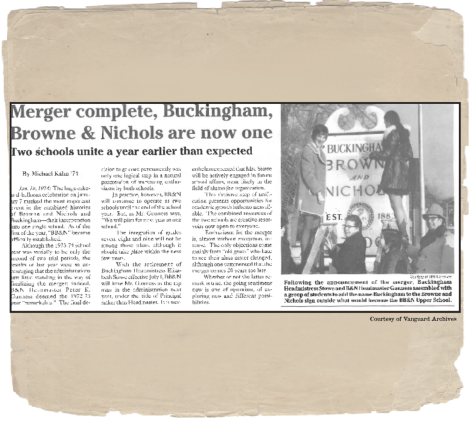 Chester Beattie ’74, Editorial Board member of The Vanguard, Volume One
What was it like living and writing during the event you covered?

It definitely wasn’t any secret that I didn’t like Former President Richard Nixon. My father and mother didn’t like Nixon. However, I was surprised by his foreign policy towards Russia and The People’s Republic of China. And writing the article was an easy thing to do. I don’t know how young people during other significant moments in the country’s history like the Great Depression or the Second World War handled writing when it looked like the world was going to end. But they did. I think one important thing is to be able to discuss issues, to speak, and to be listened to. That would be helpful. We got a lot of self-righteous, disingenuous folks running around who believe their truth only.

What advice do you have for high schoolers today?

An important thing to keep in mind is that you’re really not alone even though sometimes you feel that way. Follow your passion. It’s in the things that you talk about with your friends. “I don’t think I’m going to talk about that. That’s off the reservation.” You’re really not alone. Sometimes reading wonderful writing can help you. Oh, man, these folks thought about what I’m thinking about a century, two centuries, three centuries ago. And that’s a very positive tradition. 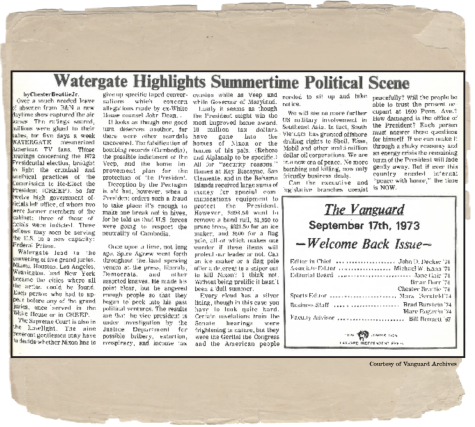