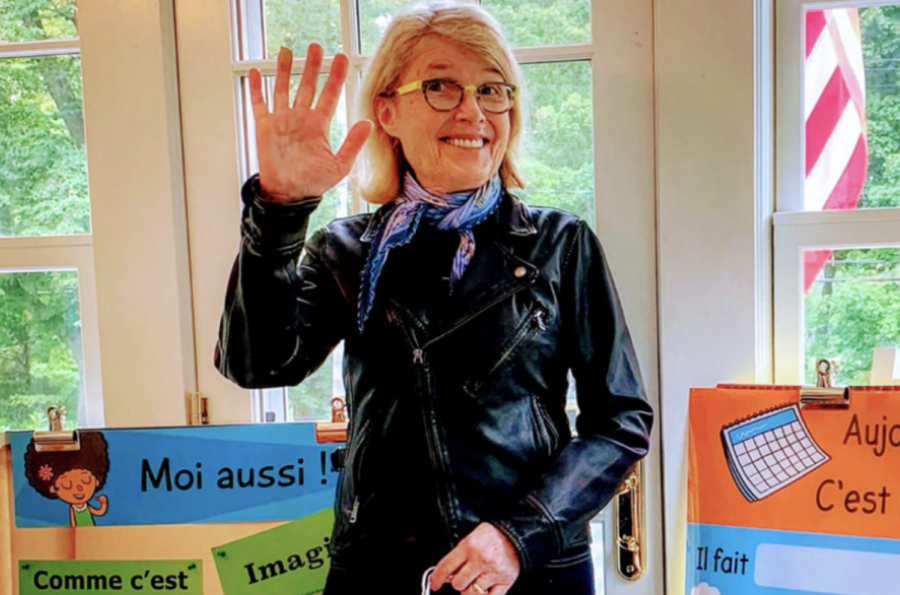 In 1986, now retiring Lower School (LS) French Teacher and World Languages Department (WLD) Coordinator Soizick Munir was representing a French book company selling subscriptions in schools when she encountered BB&N and fell in love with the place, she said. Less than a year later, the job happened to open up, and Ms. Munir applied.

“I couldn’t believe it,” she said, describing how she felt pleasantly shocked.

Before her 33-year-long tenure at the school, Ms. Munir worked at École Bilingue, a French-American school with 57 students, for seven years, where she said faculty commitment contrasted with that at BB&N.

“In my previous school, teachers were arriving at the last minute and leaving as soon as they could, and here, people were working so hard, were being so professional— it was a pleasure to be here.”

One student, Tanner Oberg ’27, who has been in Ms. Munir’s class for three years, said she taught him the importance of speaking the target language even if he could not make a full sentence.

“If you’re struggling to find a word, you just have to ask how to say it in French—don’t [ask for] English because it will help you speak French better,” he said.

“In fourth grade, we used to have classes where we [would] just talk about everything that [was] happening in our grade, in French,” he said. “We would just gossip, basically, which was really fun, but we were learning how to speak French at the same time.”

Tanner said Ms. Munir has been important to him beyond the classroom as well.

Katherine Azano ’29, who has studied with Ms. Munir for one year, said she also sees Ms. Munir as more of a friend than a teacher, adding that as a result of Ms. Munir’s energy and sense of humor, French is her favorite subject.

“I tell her all about what’s happening with [me]. I told her when I got my dog, when my sister started skating, all about how I’m doing a bunch of jumps in skating, and [how] I scored a goal in soccer,” Katherine said. “She’s someone that I can definitely talk to.”

“I’m amazed by the fact that she still has the same energy and dedication to her students and amazing spirit that she had when she was my teacher, and that still translates to the way that she relates to the kids now,” Ms. Azano said. “Katherine loves being in her class, which was the same way we all felt about her when I was there.”

LS Spanish Teacher Omar Machado said for the six years he’s been at the school he has cherished his friendship with Ms. Munir. He recalled a training program the two attended with Comprehensible Input in New Orleans, a world languages training program and approach, in November 2019.

“We were there, and music started to play, and I just took her to dance—and we were dancing and laughing,” he said.

Mr. Machado said on a professional level, he admired Ms. Munir’s leadership and willingness to listen as WLD Coordinator, and on a personal level, he appreciated her respect for his personality and Puerto Rican culture.

“She has been really accepting of my culture, which is one thing that I struggle a lot with in this country,” he said. “People accept you, but they don’t understand your culture, which is the way that you talk, you express yourself—I’m loud, I dance, I’m happy.”

Mr. Machado said he will miss having the opportunity to learn from Ms. Munir, who taught him there is always room to grow, learn, and connect with people, no matter how long a person has been teaching. He called her an amazing person, good at her core.

“I will miss a listener with wisdom to help me go through not just my school-teacher problems or situations, but also personal.”

As for Ms. Munir, she said during her retirement she plans to spend more time with her grandchildren, who live in Washington D.C. and Albania.

“I will miss teaching, definitely,” she said. “Once a teacher, always a teacher.”