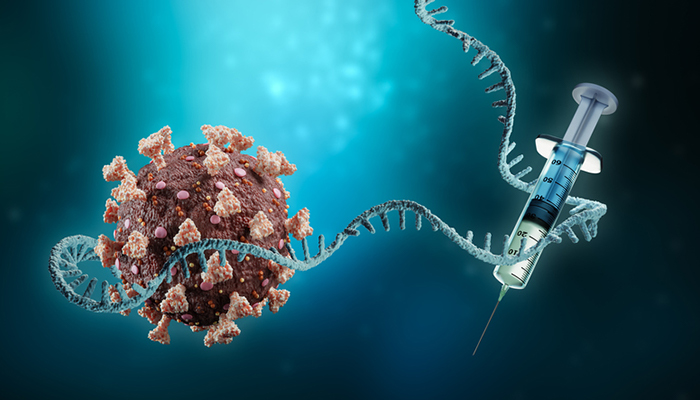 How has COVID impacted humanity? How has it affected you? At its most profound, it has motivated international action, and at its least, changed daily routine. For most people, it has been an overhanging darkness, a cloud whose gloom is all-consuming. However, to some extent, the palpability of its shadow has faded as the recently developed vaccines bring light into this storm.

The rollout of the vaccines in the US started in late December of 2020. Since then, according to the Centers for Disease Control and Prevention, close to 150 million people have been given one dose, and over 100 million people have been fully vaccinated. That in itself is an achievement. However, the true measure of humanity’s success during the pandemic lies not in the number of vaccinations but in the creation of the vaccines themselves.

Vaccine development began early last year. On March 30, the US instituted a policy that pledged over $10 billion to fund the arduous process associated with vaccine development. This was meant to further incentivize production that, in the past, took closer to a decade, according to the journal Nature. In the modern era, scientific advances have shortened this time frame, yet still, the fastest recorded development of a vaccine before COVID took four years. How, then, were the COVID vaccines developed at such an unprecedented pace?

Before the development of the COVID vaccines, most companies followed the traditional approach, the process that was tried and true. It entailed the use of deactivated viruses or a virus in less potent forms to build immunity. In hundreds of years of vaccine creation, this was the sole methodology. Yet some biotech companies challenged this approach, the most recognizable being Pfizer and Moderna, which dove into a realm theorized but not yet explored: mRNA.

I am sure we all remember freshman year biology, but some review is in order. Messenger RNA, or mRNA, is a chain of compounds that, when run through a ribosome, creates proteins. The goal of an mRNA-based vaccine is to replicate the spike proteins that exist on the outside of viruses. A virus’ spikes are what breach cell membranes. Once a cell membrane is breached, the cell has an immune response. However, the cell does not have any understanding of the virus itself; it has little knowledge of how to combat it. The mRNA vaccines aim to replicate that spike protein so that the cell forms a defensive response before an interaction with the virus, which effectively creates immunity.

Evidently, that goal is much easier to articulate than to enact.

These companies had mountains to climb on their way to success, the largest of which was the fragile nature of mRNA. Messenger RNA is incredibly unstable in the body. It degrades over time, which entails a short immune response. However, it also results in a shorter amount of time to deliver mRNA to the cells in order to evoke that response. Through a bit of ingenuity, this problem was navigated by enveloping the mRNA strand in more durable compounds.

Ultimately, Moderna and Pfizer took a jump into theoretics, and the human race, present and future, was rewarded. The implications of this innovation greatly exceed even its current success. With this new avenue of development, vaccines for the world’s most prevalent, deadly, or simply irritating diseases could be produced—specifically, a malaria vaccine and, if COVID keeps mutating, updated coronavirus vaccinations.

Moreover, this technology could be used to alter humanity on the genetic level. As explained by the MIT Technology Review, these mRNA innovations in tandem with other technologies could be used in gene therapy. Gene therapy defines the process of performing genetic alteration in order to remove a genetically predetermined trait. Specifically, mRNA innovations could make the process cheaper and possible on a larger scale. That could mean the end to disabilities, HIV, and even cancer in the near future. This breakthrough could stop millions of deaths and countless people from suffering.

However, the ethics of this promising technology must be taken into account. We must ask ourselves: Should we alter humanity? What could be the consequences? Is it warranted if it stops potential death and suffering? Utilizing this new technology could be a slippery slope. If we remove genetic disabilities now and humans start to become “more perfect,” who’s to say that down the road we begin to see insignificant traits like shorter stature as disabilities? We could, with these exciting steps, send humanity down a path that results in the establishment of an “ideal” human. Who would define that ideal? Would we be included in that template?

I would be inclined to have faith in humanity, but the past doesn’t present a great case. We are at a historic point in human history, on the threshold of something that requires deliberation. How should we move forward?