American in Israel shares wisdom from the rabbis 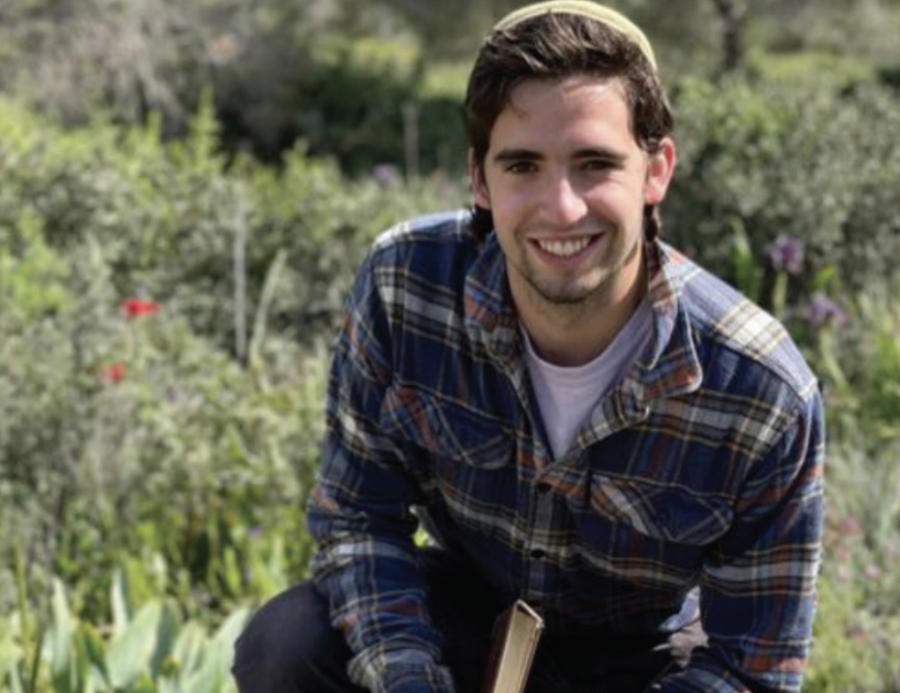 As I was heading to my room last week, I heard someone yelling in Hebrew, “Guys, check it out: you can see the missiles!” I hustled to the balcony above the dorms at my yeshiva (religious seminary) in northern Israel, where several students stood fixated on the night sky to the southwest. During the day, one can stand on that balcony and see for dozens of kilometers along the rugged hills of the West Bank of the Jordan; tonight, the sky was dotted with what looked like a series of understated fireworks. Every few seconds for about 10 minutes, we would watch as a rocket zipped up from the horizon and exploded in midair: Israel’s advanced missile defense infrastructure, the Iron Dome, was destroying rockets launched by Hamas in the Gaza Strip before they could reach their targets in central Israel.

You wouldn’t think the group of students gathered on that balcony were watching warheads launched at the houses of their families and the neighborhoods where they grew up. Everyone was cheering, taking videos, generally taking in how cool it was to see missiles blown up. This is partially understandable— our yeshiva is tucked to the north east of the West Bank [on the Israel side of the border] on a remote kibbutz (collective community settlement) atop a mountain that overlooks the plains of Jordan and the Jezreel Valley, about a 70-mile drive from Tel Aviv and the rockets. We have not once been called by sirens to enter a bomb shelter, unlike the millions in the rest of the country who have had school and work canceled because of the threat of missiles. Still, it was surprising to see my peers taking the whole thing so lightly.

This wasn’t totally out of character: joking around about the violence in Israel is fairly commonplace among the Israelis in my yeshiva. Everyone remembers hearing sirens and taking cover amidst similar attacks during the last wave of violent conflict with Gaza in 2014. Moreover, all of the Israelis in my yeshiva are set to draft into compulsory military service within a year and, as such, are often lighthearted about the danger that sometimes accompanies life in Israel. Hamas in Gaza also poses little threat to much of Israel; their military equipment is relatively crude, and most of the population in Israel is out of range of any rockets. In contrast, any missiles fired from some of Israel’s more powerful adversaries (Hezbollah in Lebanon or Iran) could be catastrophic. Although the missiles themselves are easier to take in stride, this recent bout of violence has forced the Israeli public to confront the wider implications of reignited conflict with Gaza.

For starters, a prolonged campaign against Hamas would likely include a ground invasion in Gaza. Many of the older students and graduates of the yeshiva currently in reserves would be called into tank and infantry units, where they would very likely face traumatic and deadly combat. Moreover, this particular round of conflict has brought about riots and clashes in mixed Arab- Jewish cities within Israel, severely undermining the progress toward Jews and Israeli Arabs’ coexistence— progress marked recently by the unprecedented possibility of the Israeli Arab party gaining seats in the majority party of the government.

As the mid-May clashes unfolded, I observed many different reactions as people began to process what was happening. Adam, a friend from yeshiva who grew up in New York and returned to Israel after college, has been living for the past year in Lod, a “mixed” city in central Israel where he teaches English to Arab students and interns at an organization dedicated to improving the political and social opportunities of all Israeli citizens. When violence between Arabs and Jews broke out in Lod early on, he was caught in his apartment as cars exploded and synagogues were burned mere blocks from him. Close to where Adam lives, gangs of Jewish extremists intimidated Arabs, and two civilians, an Arab, and a Jew were killed by other civilians. To Adam, the events were devastating. Even as someone fluent in both Hebrew and Arabic and deeply dedicated to a vision of coexistence, he despaired that the violence in Lod undermined the feasibility of Jews and Arabs living together peacefully and revealed the progress the country had achieved toward that end as superficial only. More recently, though, he said people in the city and others like it seem to have returned to working hard to rehabilitate their shared society.

Some families on the kibbutz with whom I spoke voiced other concerns, including how Americans, especially, would pass judgement on Israel’s responses without a deep enough appreciation for the nuances of the situation. They asked how I imagined America would respond if half of its population were forced underground because someone was bombing their largest cities. They lamented that violence from Hamas had made tensions between Arabs and Jews more fraught, especially as Arab Israelis were gaining more opportunity within Israel. They surmised that Hamas was intentionally disturbing the coexistence of Jews and Arabs in Israel to undermine the efforts made to integrate Arabs more fully into Israeli society. Hamas, they said, understands Arab participation in the state of Israel as betraying their interests and frustrating their ability to demand land and self-governance.

On the heels of the clashes in Jerusalem, the three deans of our yeshiva addressed the student body to process what had happened. Although their approaches to Zionism and the Israeli-Palestinian conflict vary, each arrived at several of the same messages. Rabbi Yehuda Gilad emphasized that although the Palestinian and Jewish people have wildly differing narratives of peoplehood and their connection to the land, our own connection to notions of belonging and our willingness to struggle for the places we love allow us to empathize with the pain of the Palestinians who felt their homes were being taken from them. He encouraged students to use their own particularism to understand the universal needs and desires of all people and to keep humanizing the other instead of following the trends of tribalism, which engenders more violence.

Rabbi David Bigman spoke privately with us American students and explained the history of the conflict, again underscoring the importance of understanding each people’s narrative. He urged us not to become too idealistic about any one vision of a state in Israel/Palestine, explaining that while he had grown up in America and fallen in love with the project of a Jewish State, we needed to maintain critical flexibility and be able to adapt as particular visions of Israel’s future become less feasible. He also expressed a feeling of helplessness in the face of such an impossible conflict and said his gut response during times of strife is often to continue to push deeper into Torah as the ethical foundation for our lives. He framed the learning of Torah as a way to sensitize students to the needs of everyone in society and to push people away from hate.

Since late April, when more than 40 people, including an American student on a gap year similar to mine, were fatally crushed at the celebration at Mt. Meron, the parents of us American students have been understandably scared. Our proximity to violence has been among the most humbling experiences of our time away from the US. Watching as friends prepare to be called into combat or consider voluntarily joining their friends at the Gaza border underlines how relatively removed we are as Americans from the political and social issues that occupy our consciousness and the news.

This year, I’ve gotten a better sense of the real human price that comes with such a conflict—not only in terms of the death toll but also the immense and relentless stress that weighs down everyone, on both sides of the border. All of my friends and I are thankfully far from danger, but the ramifications of the violence have reached us. 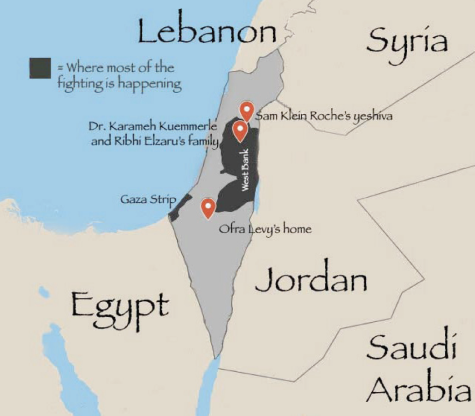