‘There is pain, there is shock, but there is also hope,’ Karameh Kuemmerle P’19,’28 says 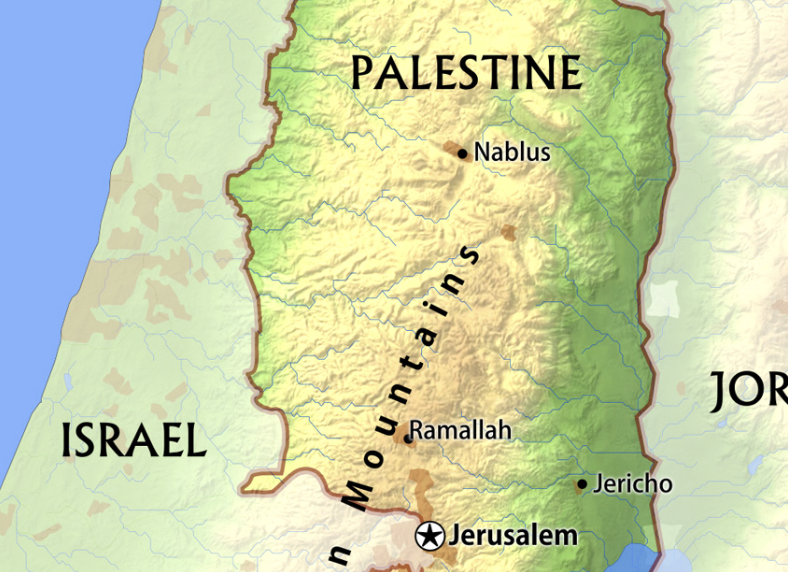 What’s your connection to the land, and what does it mean to you?

I grew up in Nablus, Palestine, which is a large, beautiful city in the northern part of the country. It sits between two mountains, called Ebal and Gerizim. My father’s family lived in Nablus for many generations, and my mother’s family is from Haifa, where her family lived for many generations, but they were forced to leave in 1948, so they moved to Nablus as refugees, and that is where my parents met.

I was born in Egypt, but I grew up in Nablus, where my father practiced as a cardiologist for over 40 years. It was a very common thing for me to walk with him in the city center and meet people who knew him because he treated so many in the community. So we would get interrupted by many people there, saying, “Hello, how are you Dr. Hawash? Can you tell me what I should do with my mother or my father?” My mother was a high school teacher, and she taught many people, including several of my friends’ mothers.

Nablus is a historical city. It has deep traditions centered around food, ancient trades, olive oil making, soap making, and tools for farming. It’s a busy city, and you can feel its positive vibe when you’re there. Its scents and textures evoke home for me.

I have family who have lived in Bethlehem, Jerusalem, Hebron, Haifa, and Ramallah for many generations and whose homes have always been open to me with traditional Palestinian hospitality.

Overall, life is very simple in Palestine. It is centered around extended family and old traditions, and it is very different from being in Boston or New York City. Life there is also difficult because, as Palestinians, we face so many daily limitations over simple aspects of our lives, like freedom of movement and freedom of trade. There is a system over our heads that we have no control over, and that makes things very challenging.

Tell us about your life over the past few weeks.

I have been constantly communicating with my family who live in Nablus and Jerusalem, and I have been gripped by fear for their safety. It has been very, very difficult, and I don’t think anyone can imagine what it feels like. Life turned upside down in the course of one week. We— my family, my friends, and myself—experienced intense anxiety, dread, fear for life, and concern about the destruction of livelihood in Gaza and the displacement of Palestinian families in Sheikh Jarrah. It was difficult to follow the news, and at the same time, it was difficult to turn off the news. There was some solace in spending time with friends and family who are Palestinians because they shared the same emotions and the same concerns.

Is there one word that captures how you’re feeling about this situation?

One word is not enough. There is pain, there is shock, but there is also hope. Sixty- six children in Gaza and two children in Israel were killed by rockets. I’m a pediatrician, and I take care of children from every walk of life—Israeli children, Palestinian children, and children from all different races and religions. Every child’s life and well-being matter greatly to me. The pain caused by the violence of the last week has been very strong.

I was also shocked by the brutal destruction of schools, hospitals, residential buildings, and buildings hosting news outlets. It seemed so overpowering and unjust.

And at the same time, I felt a glimmer of hope because the neglected situation of the Palestinians and their struggle for freedom came back to the worldwide news stage with full force. This time social media played an important role, and it seemed that it helped to achieve a ceasefire. Hopefully, there will be a just resolution in the near future.