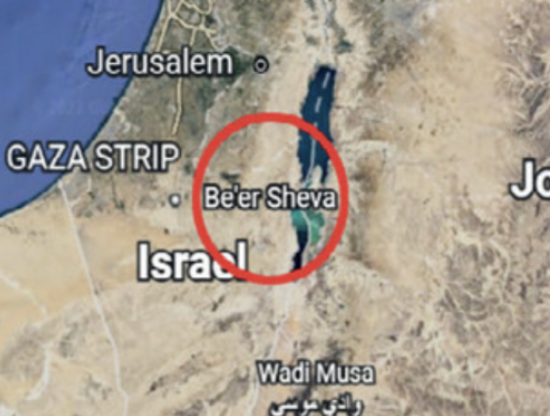 “If you will hear the siren during this interview, don’t panic, OK? Because we will not.”

Tell us about the past couple of weeks for you.

Monday night, May 10, the bombing started. And then immediately, even before the bombs started, schools were closed. So the kids have to stay at home, but I have to go to work. Basically, until Friday, the kids didn’t leave home. Monday, May 17, we had a holiday in Israel, so we walked to friends just two blocks away. And then we got the siren on the way there, so we just had to hide somewhere in the street.

When I go to work, I know that my children are safe because they have a place to go. They know how to go there, and they’re old enough to do it. It’s not the first time that we experienced it. If there are only two or three alarms during the day, I’m not coming home, but if the attack is massive and the alarms come one after another, I go back home to be with my children. We sleep in the room, I hear it, but my kids don’t care; they don’t wake up. They are not afraid because they know we have this shelter. But if we’re outside, if we ride the car, it’s very, very dangerous. It’s also dangerous if the missile will hit the house itself because only the shelter is protected. So when a missile hits a building, even if it’s a new one, the whole building falls apart; just the room stays.

It’s very, very different depending on where you live, how far you are from Gaza. Because if you are very close, you have only 15 seconds to go to a safe place. 15 seconds is really not enough. We have 60: one minute. We have to be very careful to put off the gas, to put off everything before we go into the shelter. So if you are inside the house, and you know what to do, it should be enough. But it’s dangerous if you’re in the middle of the shower.

How do you feel right now?

Of course, it affects our daily lives, but it’s more than just inconvenient. People are hurt. People can die. There’s a lot of damage.

We’re not afraid because nothing has happened very, very close to us. It will turn upside down in a minute if something will happen nearby or to someone we know; that would be a game- changer for us.

Three days ago, I [received] a message: “Call your best friend; she had a missile in her garden.” I said, “Woah, what’s going on?” And she didn’t answer me. And then when she answered me, I found out that part of a missile was not exploded there—it exploded up in the sky—but a very heavy piece of metal one meter in length, maybe a little more, fell from the sky into her garden.

Her youngest daughter is a teenager. She was alone in the house. She heard the boom. It’s very frightening. Everyone was OK, but if this girl hadn’t gone to the shelter on time, even if it didn’t explode, if it hit her, she wouldn’t be here anymore.