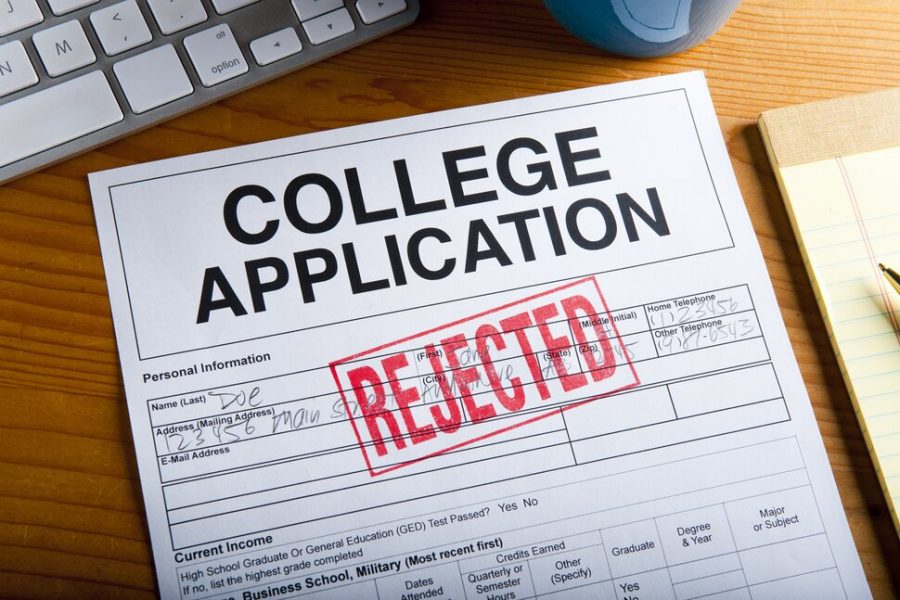 There is no such thing as failure in the college admission process, according to the school’s college counseling office. While many students often see admission rejection that way, the school’s college counselors see it as an opportunity for self-growth. In this edition of “Facing Failure,” Director of College Counseling Amy Selinger and Associate Director of College Counseling Katie Gayman banish the concept of failure in the college application and decision process.
Ms. Gayman

“It’s very normal, psychologically, to take rejections personally,” Ms. Gayman said, “but students need to define success and failure for themselves and not let that be externally decided by a group of college admissions officers.”

Many students are prone to stress when scrolling through social media and seeing posts about other students who have made their college decisions, Ms. Gayman acknowledged.

“A lot of this stress has to do with social media and the curated lives of social media,” she said. “The actual truth of it is that most BB&N students that apply to college are actually getting denied and waitlisted, and that that happens to almost everybody in the process.”

“In our community and in general,” she added, “if you think of the collective whole, one of the things that makes me sad every year is the assumption that most kids are getting into most colleges to which they apply. In reality, if you were to look at some of our most accomplished human beings going through the process, it is actually more likely that you have a list of 12 colleges, and you don’t get into a huge chunk of those colleges. Publicly, that is not what gets shared.”

In the future, she said, she wishes failure could become less of a taboo topic.

“It would be my hope for every BB&N sophomore, junior, and senior to understand that that is a curated world, and what we are really interested in is the uncurated world because that is where human development happens fastest, and that oftentimes includes a non-linear path of growth with lots of bumps in the road.”
Ms. Selinger

“If you were to ask people to define failure in the college process, people would say ‘not getting in,’” she said. “What we try to do is help people redefine what success means because getting in is not what it should all be about.”

Every year Ms. Selinger sees students let the results of the process define them, she said, but she feels the growth a student achieves during the process is the true success.

“The second students walk in here, we hear a lot of, ‘Is everything I’ve done worth it?’ Are you really going to define whether or not your life is worth[while] by whether or not 10 people sitting in a room give you a piece of paper or not?”

“Getting in is not what it should all be about,” she added. “It’s about learning who you are and recognizing: you’re moving forward, you are turning into a more developed human being. If you allow other people to decide what success and failure is in a big-picture way, then you are going to be held back.”

Though it’s difficult, Ms. Selinger added, students must resist succumbing to others’ beliefs about failure.

“People struggle with the definition of success or happiness in this process. I think if they learn something from failure, it’s to push back from that definition of success from others and instead let it be intrinsically defined. Redefining success and failure and seeing it from a different perspective is really the hardest part.”

It is not the name of an institution on your car’s bumper sticker that matters most, Ms. Selinger added.

“Although I am proud of every single place our students go to, to me, it’s who they are when they get there. That’s the definition of success in this process.”

In Ms. Selinger’s office is a quote by American poet M. C. Richards that, for her, embodies one of the biggest and most important life lessons students can learn, she said: “It is difficult to stand forth in one’s growing if one is not permitted to live through the states of one’s unripeness, clumsiness, unreadiness, as well as one’s grace and aptitude.”