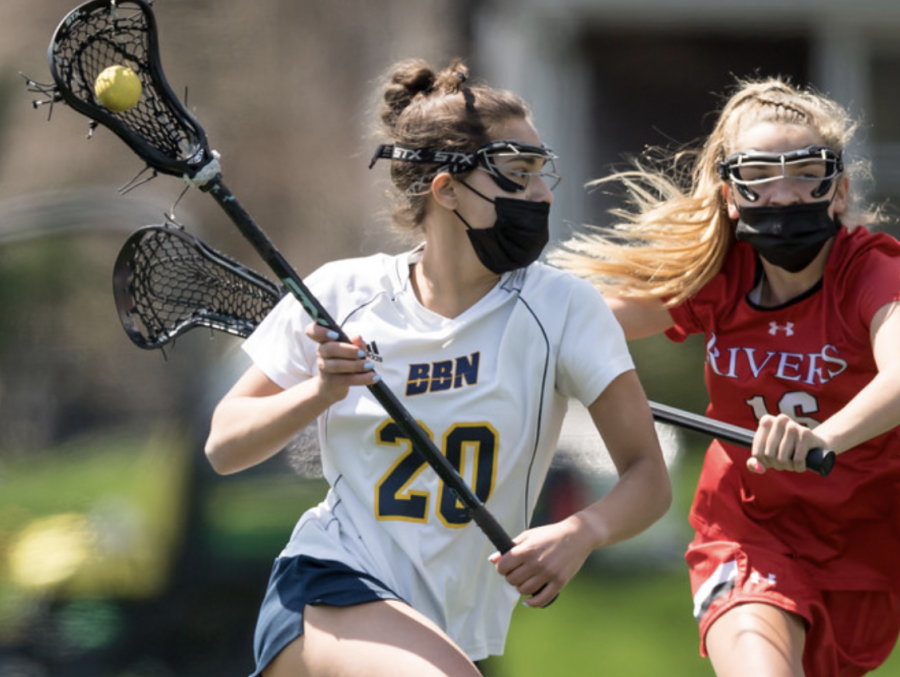 Injuries, sicknesses, and vaccine-related symptoms left many Girls’ Varsity Lacrosse (GVL)players on the bench or off the field this spring, a situation GVL Coach Sydney Thomas said was a significant factor in its ability to be competitive.

“We’re a small team as it is, [so] we can’t afford to lose any more players,” she said. “We’ve been put up against the top lacrosse teams in our conference. It gives us a benchmark as we compete against the top teams and showcase the skills and abilities that we have.”

“We have lost a lot of games, but every day we gain something new to laugh about at practice and bond over,” Aimee said. “This season has been unorthodox and challenging, but the atmosphere fostered at GVL [has stayed] positive, energetic, and fun in general.”

Boys’ Varsity Lacrosse (BVL) Co-Captain Jack Pappendick ’22 called their season “challenging like no other,” thanks to COVID restrictions and six in-season injuries that made playing at a high level difficult.

In past years, games would take place on Wednesdays and Saturdays, but games this year took place on Fridays and Saturdays, and the consecutive games took a toll on the athletes’ bodies, Jack said. Still, he added, the team’s commitment and energy this spring were at “an all-time high,” thanks in part to the coaches’ and captains’ contributions.

“In a normal world, the team would try to find ways to spend time together off the field in order to build camaraderie and morale, but the leaders on our team have done a phenomenal job making practices an opportunity to have fun and enjoy what we all love to do without focusing solely on the wins and losses,” Jack said.

BVL Co-Captain Jackson Helie ’21 said his favorite moment of the season came when the team’s determination brought the St. Mark’s game into overtime.

“We didn’t give up,” Jackson said.

“Competition could be going better,” he said mid-season, “but we’re fighting hard and getting closer. Every kid on the team has the determination to step on the field every day and win.”

In advance of its final two games, the team had a record of one win and eight losses.