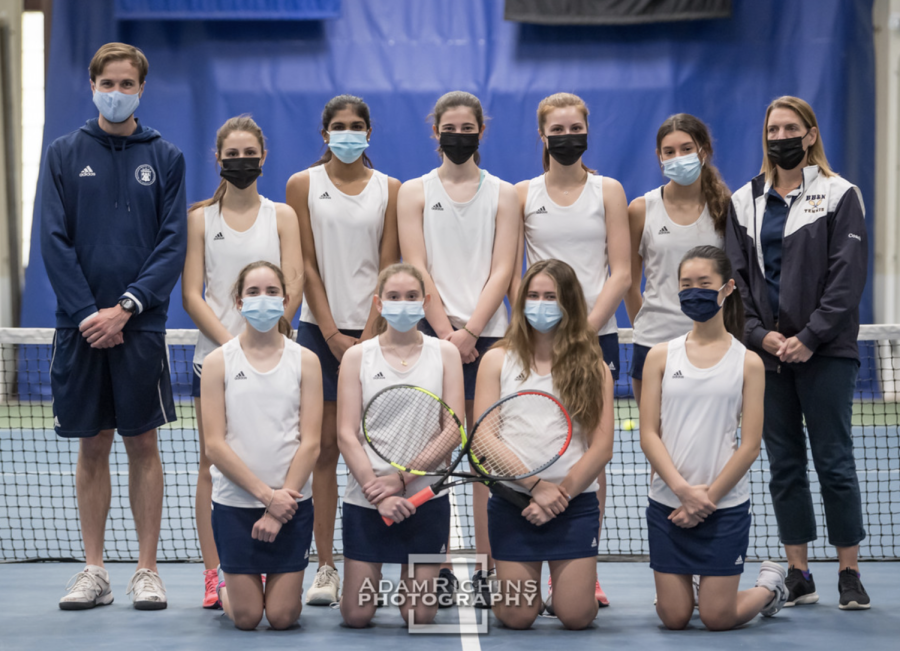 Although Girls’ Varsity Tennis (GVT) was allowed to participate in matches with other schools this spring, pandemic restrictions stymied the full potential of their season. Because the team could not travel together by bus, all players—even those who couldn’t drive themselves—had to find their own rides to matches.

Coming together, in general, was difficult, Co-Captain Isa Gonzalez ’21 reported.

“The team was somewhat divided by grades because of COVID,” Isa said. “Another challenge is that we didn’t get to have any team bonding experiences [outside of] doubles matches in practice.”

Once at the matches, however, the team enjoyed themselves, Isa said, naming the team’s energetic cheers for her and Anjali Reddy ’23 during a match as one of her season highlights.

“It was the last match after a very long day, so their encouragement was very nice,” Isa said.

In fact, seeing her teammates compete was a season highlight for Caroline Knox ’21.

“My favorite moment was watching second and third doubles battle against Nobles. Both matches were very close and fun to watch,” she said.

GVT Coach Carrie Closuit said despite the obstacles the team faced, it achieved its goal: “have fun, get to know each other, play lots of tennis, and be mentally tough during match play.”

Going to its final match, the team had a record of six wins and five losses.