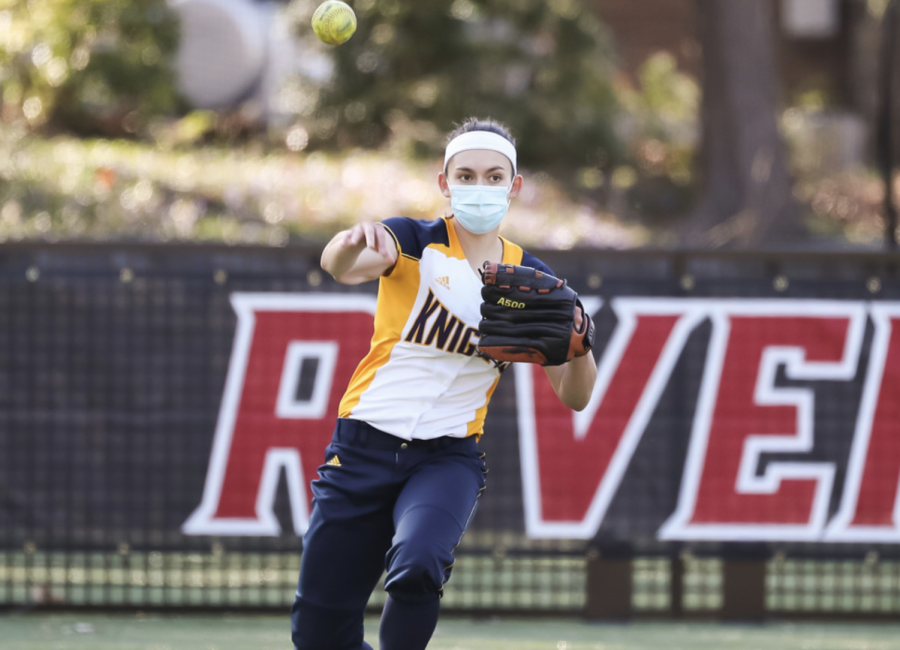 With one game left in the season, Varsity Softball had a record of 4-6. Head Varsity Softball Coach Paige Kemezis called the May 7 game against Milton Academy, which they won 21-10, a season highlight.

“Everyone was hitting and playing well,” Coach Kemezis said. “We were having fun as a team.”

“In practice, we do a lot of little competitions, including a rock-paper-scissors game the kids enjoy in extra time,” Coach Kemezis said.

But softball is not all fun and games, she said, and she set important goals for this season’s team, including developing and relearning playing skills after last year’s lost season. Though getting to practice locations and adjusting to COVID restrictions— they had to practice on Buckingham Field, 6 minutes away, with limited bus access, and could not play games with any close contact—could be difficult, Coach Kemezis said, the softball team is emerging strong from a memorable and unified spring season.

Co-Captain Dehlia Fallon ’21 said she has enjoyed becoming closer with her teammates this season and was proud of them for “coming together and bonding as much as we could, despite restrictions.”