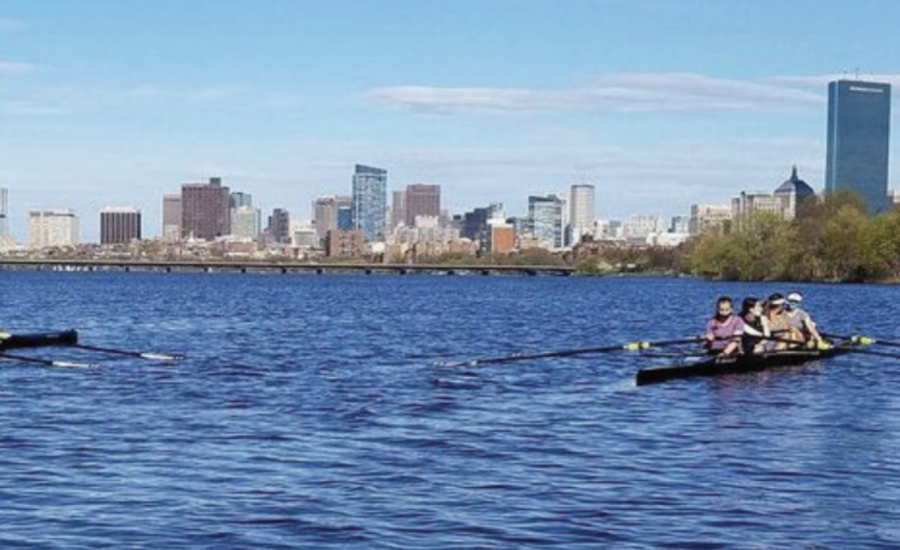 This season, the Girls’ and Boys’ Crew focused on forging team unity.

The 39 Boys’ Crew participants had one scrimmage against Cambridge Rindge and Latin, an open schedule that came with pros and cons, Co-Captain Thaddeus Foote ’22 said.

“Not having races was definitely tough since preparing and getting ready for races is a usually big part of the season, but I think it was a great opportunity to only work on technique and skill and let some of the younger kids catch up skill-wise so they’ll be ready for next year,” Thaddeus said.

“Everything the coaches have been telling them suddenly makes not only conceptual sense, but intuitive physical sense,” he said.

The girls’ program also focused on skill development, and with a total headcount of 39 rowers, Girls’ Crew Head Coach John Cotter said he appreciated the large number of rowers who brought a positive spirit to practice.

“By far the best moment is to be out on the water with enthusiastic rowers,” he said. “Even though I cannot see their smiles because of the masks, I know they are there.”

“Crew is a sport that demands mental and physical strength, and every day I am so amazed with how the girls are able to push through and work as a team,” she said.