SAT and ACT: flawed or functional? 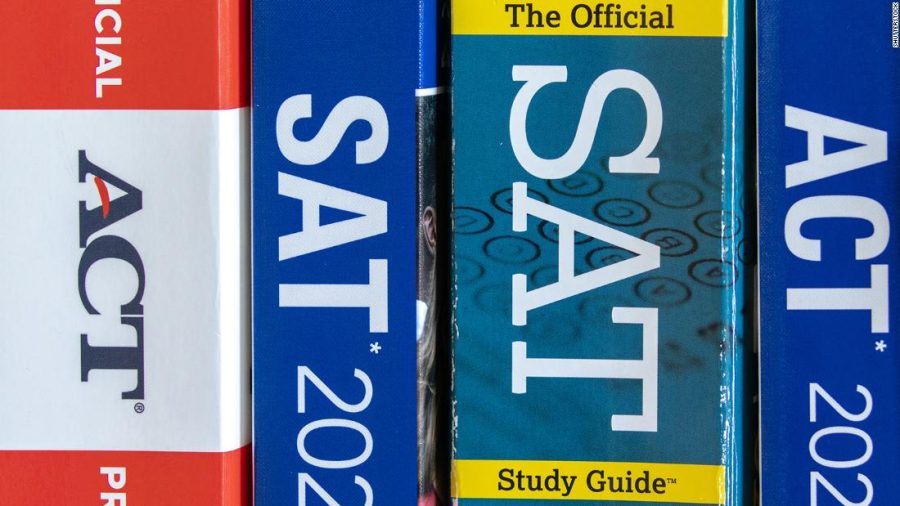 This year, 72% of all colleges and universities in the U.S. chose to adopt test-optional policies for 2020-2021 applicants, according to IvyWise. Many such institutions have extended that policy through 2022 and beyond. Some schools have gone test-blind, like the University of California system, which implemented a five-year test-blind pilot program, meaning they will not use SAT or ACT scores as factors in the admission process.

With these new testing practices implemented in schools across the country, The Vanguard surveyed a number of college admission contacts via the school’s college counseling office.

Adam Van der Sluis, associate director of admissions at Macalester College, which implemented a test-optional policy for 2020-21 and 2021-22, explained that a standardized test score is not substantially valuable alone but can help form a fuller picture in combination with a student’s grades.

“Especially when we take into account the academic profile of the school where the applicant attends, it can give us a better sense of a student’s academic preparedness,” he said.

Shane McGuire, an admission counselor at Vanderbilt University, which implemented a test-optional policy for 2020-21 and 2021-22, expressed a similar idea.

After the completion of a test-optional admissions cycle in the 2020-21 school year, Mr. McGuire added, he could confidently conclude that Vanderbilt gave “no advantage in the admissions process for students who submitted a test score versus those who did not.”

“They rarely change our decision on applications, and we focus much more heavily on the high school transcript as evidence of a student’s day-to-day academic work and rigor of their courses,” she said.

Meanwhile, at Lewis & Clark College, Senior Assistant Dean of Admissions Hollie Elliot said her institution relies more on high school grades and mainly uses test scores when a student is “on the bubble,” meaning a decision is not already clear.

Lewis & Clark has had doubts about the value of standardized test scores for years, Ms. Elliot said, and has in fact been test-optional since 1991.

“National data clearly points to some serious challenges with ‘standardized’ testing, both in its ability to be impacted by test preparation (for those who can afford it) and its ability to predict what we’re most interested in determining in the admissions process, which is the likelihood that any individual student will succeed in our curriculum.”

Director of International Admission at Ohio Wesleyan University Kristin Crosby said standardized tests ultimately take valuable time and energy that students could use for something else.

“I believe there is far too much emphasis on standardized testing,” she said. “Students spend too much time worrying and preparing for it, families spend too much money on it, and it truly is not a good predictor of student success in the first year of college.”

As a result of many new testing policies across U.S. colleges and universities, Director of College Counseling Amy Selinger said, it was difficult to give students general advice on when and when not to submit scores, and the college counseling office used the middle 50% of scores at a college to determine the value of submitting.

“If your score is at or above, then you’d submit to that school,” Ms. Selinger said. “If not, you wouldn’t.”

Ms. Selinger added that grades and test scores together are the best predictors of success in college, with grades being the better individual indicators.

“I do think that SATs and ACTs are inherently flawed because they are coachable. That being said, there may be students out there who would have benefited from test-taking ability that has helped identify opportunities for them that would have not necessarily been obvious before,” Ms. Selinger said. “But I’m not sure tests are the only way to have that come to fruition. To me, a standardized assessment is the worst form of assessing knowledge because it’s not actually assessing knowledge; it’s assessing your ability to take a test.” 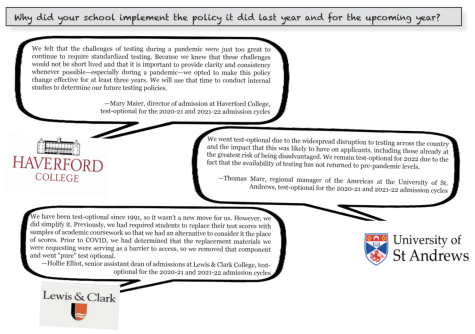 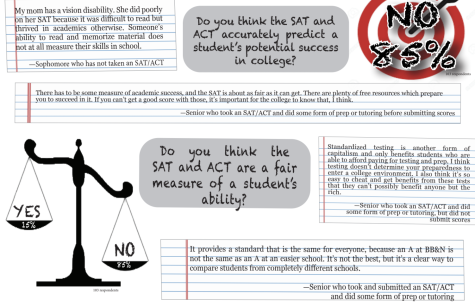 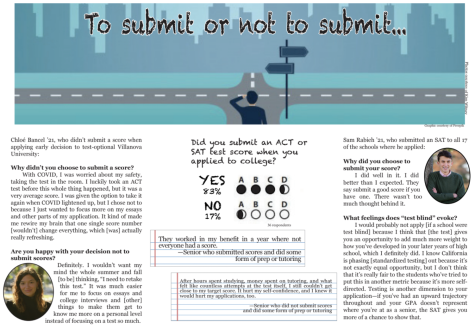