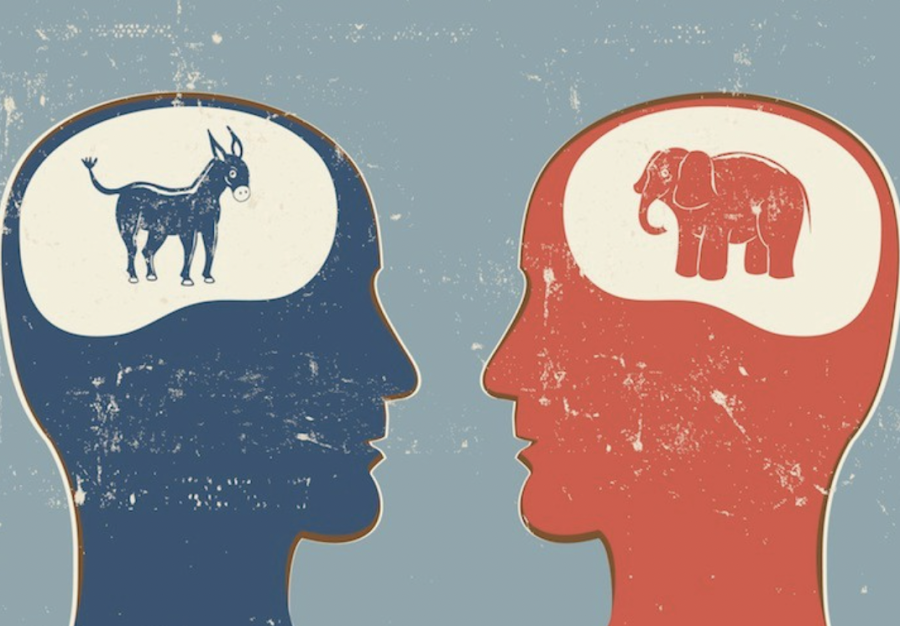 During a Red/Blue Workshop of Braver Angels, a nonprofit aiming to engage Americans in understanding each other beyond stereotypes, Chief Learning Officer Jed Lippard joined other US citizens of differing political values in exercises and discussions that later inspired him to bring the experience to seniors at the school. The result has been Beyond our Echo Chambers, an eight-week minicourse he offered during Senior Spring Project.

“The polarization of this country has been almost paralyzing in terms of our ability to function as a democracy,” Dr. Lippard said, explaining why he wanted to offer the workshop.

In the first and eighth session, the 12 seniors from BB&N met without SHHS’ one senior, five juniors, and four sophomores. In the first session, all participants also took a Pew Research Center poll that delineated the students into different political typologies by asking them to consider two statements and choose the one that most aligned with their views. Topics addressed included government regulation and efficiency, racial discrimination, and environmental concerns. Half of BB&N students fell into the most liberal category, and all fell on the liberal side, while half of SHHS students fell into the most conservative category with all landing on the conservative side.

In the second session, students from both schools met in breakout rooms to engage in icebreaker activities.

During the third session, students brought a significant object to their conversation with a partner, explained to the partner its relation to their identity, and then retold their partner’s story to a larger group. Informed by Narrative 4, an organization that trained him as a facilitator in this kind of activity, Dr. Lippard said the goal was to teach empathy and encourage students to listen to others’ stories.

During the fourth and fifth sessions, Braver Angels Red/Blue Workshop facilitators Glori Hodge Smith and Erika Munson led students from each school in expressing the stereotypes they had heard about the other side of the political spectrum and engaged them in a fishbowl conversation, where students from one school discussed while those from the other observed quietly.

Having “built up the empathy muscle” by understanding the origins of different perspectives in the earlier sessions, Dr. Lippard said, students in the sixth session gathered in breakout rooms and discussed topics including abortion, Black Lives Matter, gun control, immigration, climate change, and cancel culture, and the students created a Venn diagram for each topic representing the similarities and differences between their beliefs.

In the seventh session, students reflected on the experience of the seminar by responding to the prompt, “I used to think ___, but now I think ___.” and filling out a Google Form individually.

Dr. Lippard said the differences between the two communities because of their varying environments had some positive outcomes such as empathizing, learning about common ground, and connecting political ideologies to people; it also had some negative outcomes that contributed to the learning curve. For example, during the fishbowl conversation, the topic of All Lives Matter was brought up, and due to the nature of the conversation, there was no room to respond.

“I don’t want to convey that this experience has been all rainbows and unicorns,” Dr. Lippard said. “We’re still doing it, and it’s really important that we figure out how to do it.”

That will continue when, in the future, Dr. Lippard anticipates running the seminar again with other partner schools and a new batch of seniors. 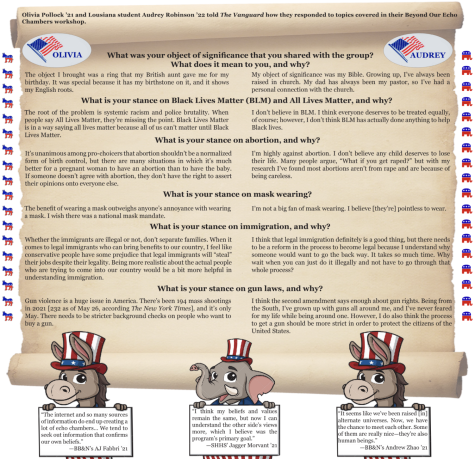