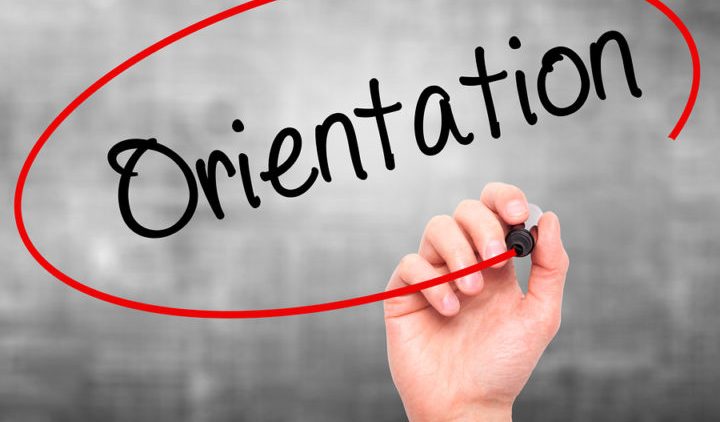 On the first two days of school, while the freshmen are at Biv for their orientation, sophomores, juniors, and seniors experienced a virtual escape room, a campus-wide scavenger hunt, and advisory team building in place of classes—all part of the school’s effort to promote a value-driven and cohesive community for this year, Upper School (US) Director Geoff Theobald said.

“So much of last year’s orientation was about having everyone learning all the health and safety routines, so we didn’t have time to learn about each other,” Mr. Theobald said. “I remember some of the older students telling me that, even by the late fall, they hadn’t had a lot of chances to meet students throughout the school.”

In hopes to bridge connections across the school, the US Leadership Team decided to form an Orientation Subcommittee, led by US Science Department Head Rachel Reimer and comprised of students and faculty from different corners of the school. After several meetings over the summer, the subcommittee designed a three-day orientation. The first two days feature team building, exploring the campus, and discussing principled engagement, and the third day, September 10, will be a typical academic orientation with shortened classes.

Daniel Wang ’22, one of the three students who worked with the Orientation Subcommittee to plan the orientation, specifically worked on the scavenger hunt and escape room activity. The scavenger hunt’s 32 clues give students a chance to explore the campus and meet faculty and staff, Daniel said.

The orientation will also feature a meeting with the new 10th and 11th graders in which they can speak with faculty from different departments and take a campus tour with the Peer Counselors.

“We thought it would be especially helpful for new students to be in a group with students who have been in their shoes before [to talk] to them about what it’s like and hopefully introduce programs or clubs or activities that would make them feel welcome,” Daniel said.

Ms. Riemer said she hopes this orientation will serve as an opener for more student-teacher collaboration.

“Our real hope is to partner with students moving forward and have them really be co- designers and have a lot of the program be student run,” she said. “We’re hoping that everybody gives [the orientation] a really fair shot and participates so we can get a full understanding of what the potential for this is.”

As a final component of the orientation, on September 20, the freshmen will have an academic orientation and do team activities with the juniors and seniors while the sophomores are at Bivouac.