“In the Heights” lives up to the hype 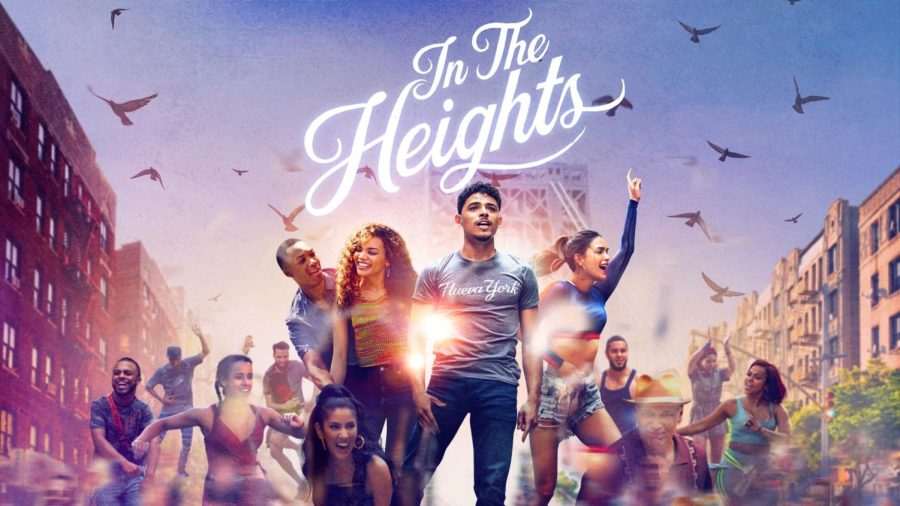 For years, directors have turned books into films; now, they’re bringing Broadway to the big screen, making musicals more accessible to the public. This summer, HBO Max released Lin-Manuel Miranda’s “In the Heights.” The movie delivers all the elements of a summer blockbuster: catchy music, epic choreography, sincere acting, and realistic costumes.

By now, most of us have experienced the musical genius of Miranda. “Hamilton,” a pop culture staple, is a tough act to follow, but the music from “In the Heights” lived up to expectations. Ranging from the empowering “Carnaval del Barrio” to the emotional “Paciencia y Fe,” Miranda engages the audience while advancing the plot. The opening song, “In the Heights,” introduces all 10 major characters in fewer than eight minutes!

Meanwhile, the choreography shows the advantages of film. For the song “96,000,” what seems like 96,000 people perform an elaborate dance in a pool. In “When the Sun Goes Down,” two characters defy gravity, dancing down the sides of apartment buildings. My family was up and dancing for the whole film—it was impossible not to join in.

Throughout the film, the experienced cast shows their characters’ complexities. Tony Award nominee Olga Merediz reprises her role of Abuela Claudia from the original musical. Anthony Ramos, who got his start in “Hamilton,” plays protagonist Usnavi. Miranda himself makes a cameo as the piragua guy, symbolizing the resilience of Washington Heights.

The costumes were updated to reflect the characters’ identities. Vanessa’s shoes in the opening act foreshadow her boldness, and her baseball jersey pays homage to her neighborhood.

If you missed “In the Heights” on Broadway, want to see a successful musical- to-movie transition, or need a new soundtrack to get stuck in your head, “In the Heights” is definitely for you.