“Fast and the Furious” will leave you furious 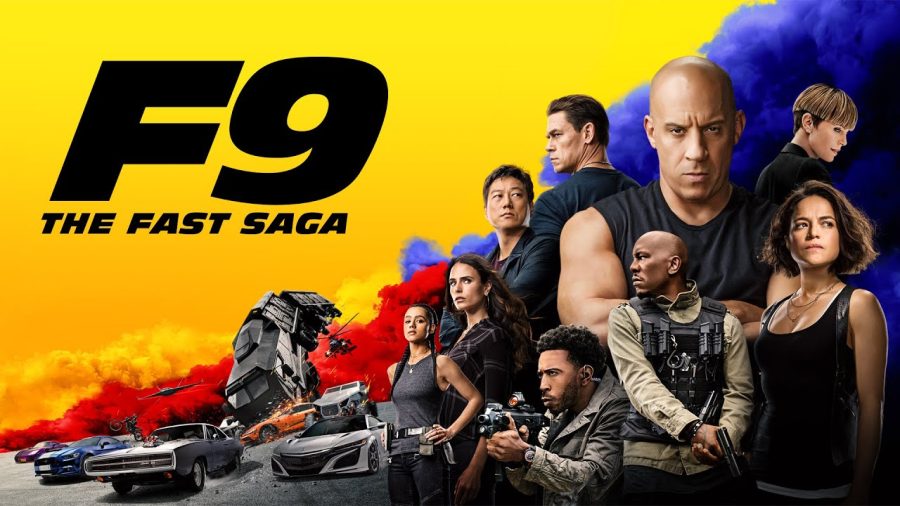 After a year spent trapped at home with our families, you’d think everyone— Hollywood executives included—would have had enough. According to the most recent installment of the “Fast and the Furious” (F&F) franchise, “F9,” that’s not the case. In a gracious gesture of cinematic excellence, those geniuses decided to remind the world of it. How? By having Vin Diesel repeat it 1,000 times.

“F9” was underwhelming, to say the least. It followed the usual underdeveloped and slightly airheaded gang—Dominic Toretto (Vin Diesel), Letty Ortiz (Michelle Rodriguez), Tej Parker (Ludacris) and Roman Pearce (Tyrese Gibson)—with a few new faces, namely Jakob Toretto (John Cena). The plot was almost indistinguishable from past installments: it established a deep family bond, unbeatable bad guys tested that bond, the protagonists beat them, and the whole ordeal subsequently deepened said bond. For any viewer even remotely aware of the previous movies, the ending (everyone survives—yay, whoopee) could be called from a mile away. To that extent, it’s not even worth watching—go watch any other F&F movie, and you’ll get the idea.

In certain scenes laden with particularly poor writing (for example: “I used to live my life a quarter mile at a time, but things changed. Now I live it a third a mile at a time.”), the producers clearly tried to distract moviegoers with large explosions, guns, and fast cars. And when you’re watching this on repeat for two hours straight, the “action” gets boring pretty quickly.

That said, the excessive use of CGI violence is what makes the movie so “fast” and “furious.” It will never win an Oscar (or come even close), but at least viewers know exactly what they’re getting into. Watching a Fast and Furious movie is like eating McDonald’s. Sure, it’s not great for you. No, you won’t feel nutritionally virtuous afterward. But, once in a while, everyone needs to cheat from a diet of healthy, award- winning movies a little. Despite all its downsides, “F9” is the perfect cheat movie (and you can see what $200 million looks like on-screen).

And for all the fans of a nutritious watching experience, you’re welcome. I just saved you from wasting 143 minutes of your life.