DeMarco made his mark 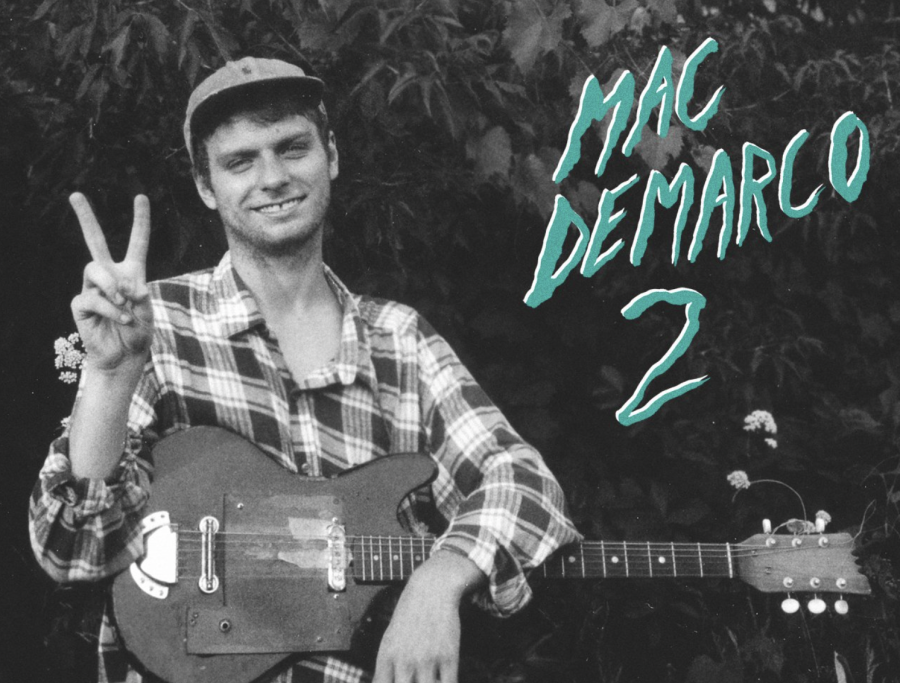 When reflecting on quarantine, the first thing that comes to mind may be memories you’d rather forget. However, in the hardships and long days, quarantine also presented the opportunity to try new things. To fill my time, I sought out new favorite artists, which led to my discovery of Mac DeMarco.

If you liked John Denver’s full name, you’re in for a treat. In 1990, Mac DeMarco’s parents blessed him with the name Vernor Winfield MacBriare Smith IV. Growing up in Alberta, Canada, Mac had a normal childhood. He picked up the guitar in high school and learned how to play from his grandmother. From there, his interest in music and desire to perform grew. He joined several bands during and after high school.

Right after graduating in 2008, he became a professional backup musician. But like most rising musicians, it took DeMarco a couple of years to develop an identity as a musical artist. In 2009, he joined the band Makeout Videotape as the lead singer and performed with them until 2011, when Mac decided to focus on his solo career.

Mac got his start on Bandcamp, a website where artists can sell their music and merchandise and post videos. It’s essentially a music platform for artists to gain exposure cheaply. Bandcamp was at its peak during the early 2010s, which brought DeMarco and Makeout Videotape into the spotlight before the launch of more convenient streaming platforms like Spotify and Apple Music overshadowed Bandcamp.

Because Mac never re-released Makeout Videotape’s five albums, you can’t find them on those newer streaming platforms. However, the amazing music Mac has released since record label Captured Tracks signed him in 2012—five studio albums (not including demos), one EP, and one live album—are widely available.

Mac’s albums are a mix of indie rock, psychedelic rock, and lo-fi. This unique sound, full of interesting chords and atypical recording processes, helped him gain popularity, sell hundreds of thousands of albums, and obtain the large following he maintains today.

If you want to get into Mac DeMarco, the best place to start is his debut album, “2.” The entire album is fantastic and without a single song worth skipping. My personal favorite DeMarco song also lives in this album: “Ode to Viceroy,” a super fun track with a sweet guitar riff.

His sophomore album, “Salad Days,” is his most successful release and, unsurprisingly, filled with hits. This album takes a more psychedelic approach, which works well with his voice and enhances the guitar. “Blue Boy” is my favorite song, but I encourage you to listen to the entire album. With its catchy lyrics and mellow guitar riff, “Blue Boy” is a perfect example of what makes Mac DeMarco so great.

DeMarco’s third album, “Another One,” welcomes you with open arms and makes me want to live peacefully by the water. With so many great songs on the album, it’s hard to choose a favorite, but I highly recommend “Without Me” and “No Other Heart,” two different perspectives on love. These two are both songs about love that really stand out on the album. “No Other Heart” has feel-good lyrics and a chorus you’ll fall in love with while “Without Me” tells a story of accepting the end of a relationship and always makes me emotional.

Finally, his fourth album, “This Old Dog,” is a beautiful collection of songs with a lot of memorable moments. It contains some of my favorite DeMarco tunes, like the title track, “This Old Dog,” and “Still Beating.” While Mac doesn’t change his sound drastically from album to album, on “This Old Dog” the listener finds a more thoughtful and introspective writer. The album showcases Mac’s writing talent as he examines his life and complicated relationship with his father throughout 13 mellow tracks.

I admire that Mac DeMarco seems like a regular, good-natured guy; he doesn’t flaunt his wealth or alienate himself from his fans. At the end of the final song of Mac’s third album, he gives out his real address—a testament to his character. He genuinely wants to connect with his fans, and I’ve read many stories online about how fans would go to his house and have coffee with him. I wish I could have been one of those fans, but, unfortunately, he moved a couple of years ago.

Thanks to quarantine, Mac DeMarco became one of my favorite artists due to his great musical abilities and his fun and humble personality. His music feels personal, as if it’s being played just to you. Even though quarantine is behind us, dig into Mac DeMarco. Once you start listening, you won’t want to stop.

Stop by. We can talk about Mac DeMarco. See you later.