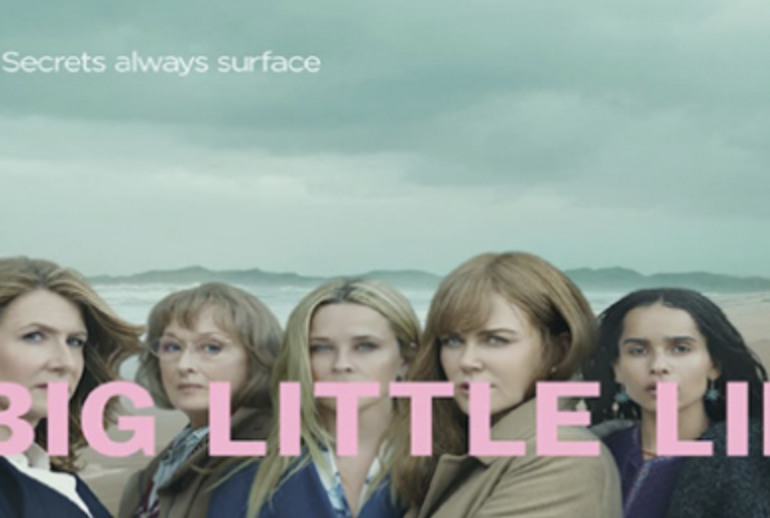 Welcome back for the school year’s first edition of “Are You Still Watching?” I hope you have had wonderful, relaxing summers, with plenty of time to do all the binge-watching you desire. Perhaps you’ve even tried one of my previous recommendations! Now that school is starting back up, though, you’ll need some more procrastination fuel, which I am happy to provide.

This edition’s category is a recent addiction of mine: crime shows! Some fellow camp counselors are listening to a True Crime podcast, a nightly tradition, as I write this, so they have certainly played a part in inspiring this idea.

Based on the book with the same name, our first show, “Big Little Lies,” follows the lives of five mothers living in Monterey, California. At the start of the show, a murder occurs, but neither the murderer nor the victim is revealed.

The show’s A-list cast boosted its popularity, but the creators kept the audience watching with beautiful beach shots, an aesthetic color scheme, mysterious cliffhangers, and, most importantly, the catchiest theme song ever.

The show has two seasons, but since the first season is based on the book and the second is an original story created because of the popularity of the first, the tone of the two seasons differs. The second has a less organized storyline but is enjoyable nonetheless, especially with the addition of Meryl Streep as a meddling mother- in-law.

From the same writer as “Big Little Lies,” “The Undoing” also features Nicole Kidman as a wealthy mother and is centered around a murder in a private school community. From my simple description, you might already be able to tell that there are several uncanny similarities between these two shows. “The Undoing” had its moment of fame a few months ago—the finale got a good amount of buzz—but it quickly died down, and I believe the praise should continue.

Set in New York City, the whodunit mystery is filled with fabulous outfits (keep an eye out for Nicole Kidman’s iconic green coat) and scenic shots of Central Park. Like most crime shows, some parts are jarring. I watched this show with my parents, and we all agreed that after each episode we would watch “Friends” to cleanse our palettes and allow ourselves to sleep at night.

Our third show, “Good Girls,” follows the lives of three mothers who are struggling to provide for their families. After stealing money to keep their lives afloat, they find themselves caught in a crime much larger than they could have imagined.

You may recognize the main actors from other shows or movies (Christina Hendricks from “Mad Men,” Retta from “Parks and Recreation,” and Mae Whitman from “The DUFF,” “Arrested Development,” and many others). The show has a feminist feel with three female leads and female writers.

This dramedy has twists and turns all the way through, and you’ll never be bored. Unfortunately, due to financial issues, NBC canceled the show after four seasons, but there is a lot of binge-worthy material in there. I watched this whole show in one weekend, a record I have yet to beat.

“Mare of Easttown” has been my most recent TV obsession. Mare Sheehan, played by Kate Winslet, is a well-known detective in the small town of Easttown, Pennsylvania. She has quite a few orders of business to take care of—investigating a disappearance, arresting a burglar, dealing with family issues, and more—and senses possible connections between some of her cases.

This show has incredible characters and is nearly impossible to pull away from. Winslet portrays the protagonist with visible dedication, and the story never fails to shock the audience with unpredictable twists. It’s also a limited series with only seven episodes, so it’s a quick watch, but its density certainly makes up for the length.

Mare is one of the most well-written and well-developed female characters I’ve ever seen on television. Though she initially poses as a stubborn detective who shows no emotion and centers her life around her career, you slowly begin to understand more about how vital her role is in her community. I’ll stop my description there (no spoilers!), but I hope anyone who watches falls in love with her character as much as I did.

We have our final mystery: which shows will win an Emmy this year? Remember to check out the awards ceremony on September 19! “Mare of Easttown” and “The Undoing” are nominated, and you may even spot a new one that sparks your interest. I hope you check out some of these shows, and I’d love to hear what you think. Happy watching!