They came, they saw, they conquered NLE 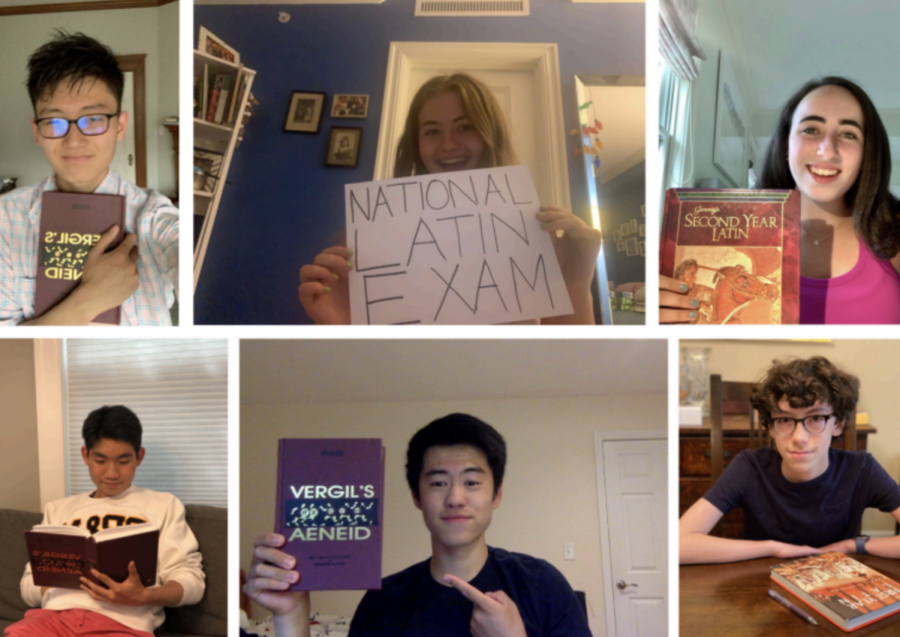 “He who hesitates is lost.” “Better late than never.” “Appearances can be deceiving.” “Imitation is the sincerest form of flattery.”

During the National Latin Exam (NLE) last March, Upper School (US) Advanced Placement (AP) Latin students were tasked with determining which one of these morals best applied to a passage from Cornelius Nepos’ “Hannibal.”

The school has administered the exam, designed by Latin scholars across the country, since the 1980s. US Latin Teacher Walter Young said the grammar and prioritization of culture deviates from the school’s usual Latin tests, which is beneficial for students.

“It’s really interesting to align what we have been doing with what other Latin scholars who write the exam think is important,” Dr. Young said. “Knowledge of art, architecture, Roman history, and Roman mythology are ancillary tools that enable students not only to translate Latin but to understand classics [on] a broader scope.”

Students took different iterations of the exam based on their course’s level. At the beginning of the year, Dr. Young and US Latin Teacher Althea Cranston introduced the exam to their respective classes, and some sections prepared for the exam by answering questions from previous NLEs.

Due to the impact of COVID-19 on the 2020-21 school year, Dr. Young said, he did less preparation for the NLE with his classes.

“In the past, I may have done more formal mythology, culture, and history,” he said. “But this year was really just, ‘teach, test, and hope for the best.’”

The NLE defines the top five tiers depending on how students across the United States perform on average that particular year, so different exams had different criteria for medals and accolades. For Latin I student Matthew Kung ’24, winning a gold medal meant scoring higher than a 37 out of 40. Several Latin students felt adequately prepared for the grammar aspects of the exam and chose not to do any study outside of regular classwork, Matthew said.

“As the test progressed, I was pretty confident,” he said. “The Latin course was very good in teaching us what we needed to know.”

Matthew’s own passion for mythology helped him with the information covered less in class, he said.

“The test throws in something you may not commonly see in Latin grammar. While the stories are usually stories we have heard of, there are specific parts of them which are more in detail.”

While this presented a challenge, it made for an intellectually stimulating test, Maggie said.

“It wasn’t the same question over and over. It’s always fun to see the stories for the first time and see the new grammar and learn new vocabulary words.”

“I’m glad I took the test because it’s important to see what’s expected from Latin students across the country, not just in my class,” Shane said. “Taking it allowed me to see both my blind spots and where I’m really strong, which allows me to focus on different aspects as I continue to learn.”

The school plans to administer the test again next spring for all Latin students, Dr. Young said.