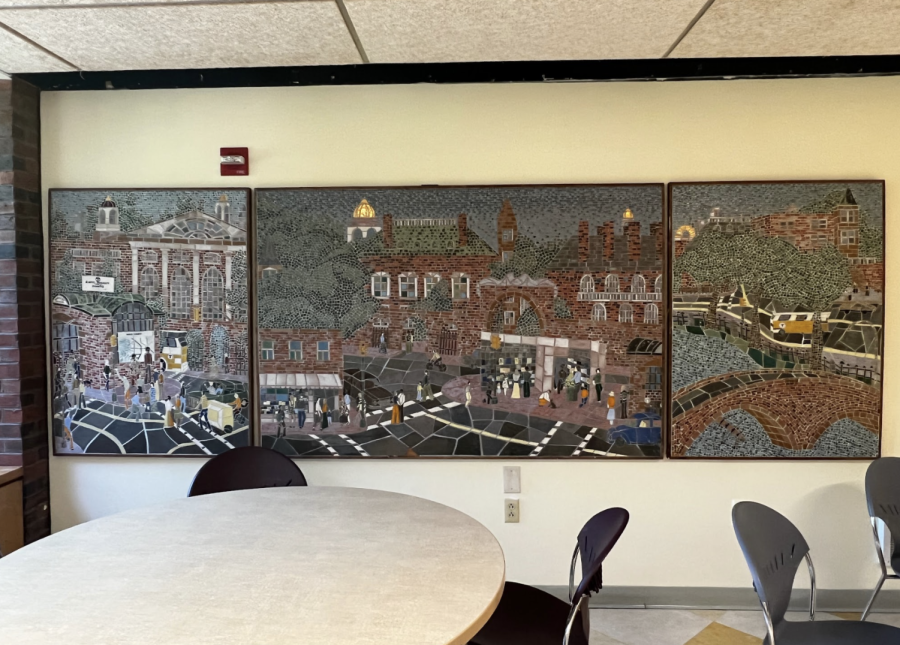 Theater Depiction in the Language Stairwell:

The colorful, animated faces of costumed figures in the spiraling green stairwell by the quiet room often puzzle students upon first glance. Where did they come from? The answer: a senior on a mission. Decades ago, Eric Molinsky ’90 created the mural as part of his Senior Spring Project. Each face is drawn from a living reference—one of his peers or teachers, including former English and Theater Teacher and Faculty Emeritus Mark Lindberg.

“That person there? That’s a real person you can find in the yearbook. You can find all these people in a yearbook,” US Math Teacher Tom Randall noted, adding that he recognizes a few familiar faces in the painted crowd from 1990. 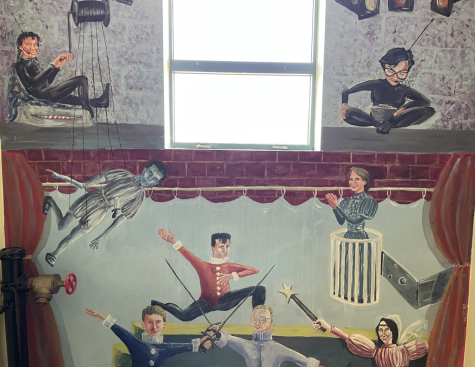 Harvard Square Mosaic in the Commons:

This long-tenured piece dates back decades to before current Art Department Head Laura Tangusso and her two predecessors held the roles.

“It’s been here forever. At least since I started in 1988,” Ms. Tangusso said. It’s moved locations several times but has settled into a cozy spot in the back corner of the lunchroom, where it’s been for the last few years. Ms. Tangusso reveres the piece as a part of the US history and remembers the legendary teacher who created it,

“The mosaic could go back to the original ceramics teacher here, Mr. Petropoulos. He had a long life, and he was a hero teacher to many. His family created a fund that supports the Petropoulos program.” The mosaic was installed under his tenure, Ms. Tangusso added.

This print is the work of Emily Parkinson ’08, who completed a printmaking course in 2008 with Former US Art Teacher and Faculty Emeritus John Norton. Prints this large were possible thanks to the ten-foot printing press the art department used to have. The school unfortunately had to sell the press because of its size, and now Emily’s work survives the old press in the form of several graphic purple petals and a stem. Continuing to study prints and color, the artist left the US to study biochemistry. 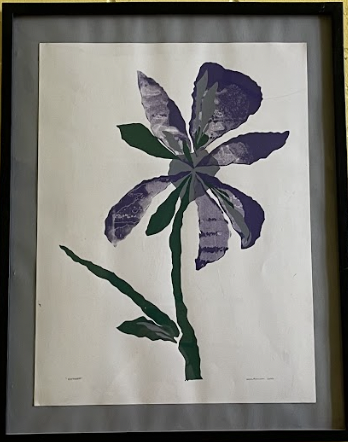 “Her family has a house up on an island in Maine, and that’s inspired a lot of her photography. She did a whole series on water,” Arts Department Head Laura Tangusso said.

Ms. Dobson also does objects, but landscapes have been a dominant subject in her work. She has work featured in the faculty lounge and scattered around the hallways. A few other of Ms. Dobson’s photographs can be found in the hallways past the fishbowl.

Photos in the Math Hallway:

The photography that lines the far hallway dates back decades. One is penciled with a faded “1978.” Many lack nameplates, dates, or signatures, but some stick out; the series of American immigrants photographed by members of the class of ’96 is an exception. The series focuses on immigrants and their stories, featuring a portrait of each subject with a quote. The series covers members from the same family and individuals from different continents. The artwork won the Petropoulos Prize in ’96. 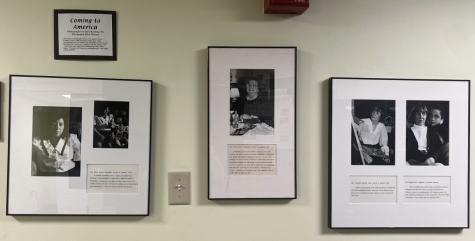