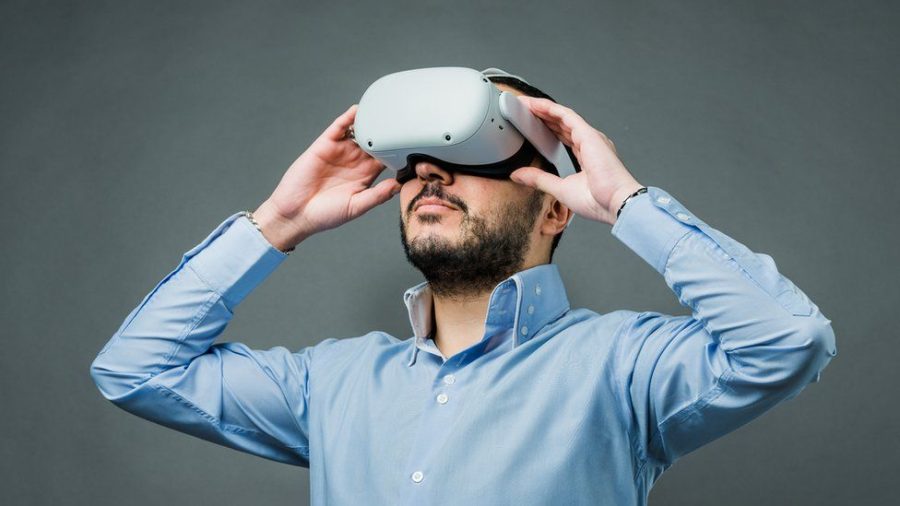 As you lower the headset onto your eyes, the room around you fades. Your eyes open to warm light—a new world. Sand or moondust or stones swallow up the brown carpet once underneath you, and the chairs, once on the outskirts of your view, are replaced by horizons or stars or ruins. This environment of a beach or outer space or the Colosseum, or any other new world you can imagine, dissolves the old.

The previous surroundings become an afterthought. This world feels completely real to you—until you inevitably bump into a chair in your room as you explore.

The concept of a reality outside of our own is fascinating. We have all imagined it: a place where we made all the right choices; a place where the risks we took paid off. Scientists have long theorized about the existence of parallel realities. Some have even famously proposed the existence of infinite universes. However, the incredible thing is that we have managed to create our own version of these realities in the 21st century.

I am referring to VR/AR: virtual or augmented reality. It’s a recent invention, but it’s growing immensely in popularity and features. VR allows a person to enter into a world of their choosing, or even of their creation. Right now, VR’s main field of application is video games; players can feel as though they’re physically in the interactive worlds in which they play.

Outside of video games, VR and AR are destined for a larger range of uses, but the technology still needs to improve and be accepted by those who only see VR in its video game possibilities.

The most life-changing application could be in emergency medical services (EMS). EMS workers often find themselves in dangerous situations, such as when firefighters attempt to save a person from a burning building.

EMS workers need every available edge, and information might be the most pertinent of all potential advantages. AR could enable the creation of an app that, when in use, shows a person’s relative location to EMS workers. EMS workers could enter a burning house knowing exactly where the people they need to save are. The technology could allow responders to run through realistic simulations of actual events to be more prepared.

Another potential application is all too familiar to us students: online school. During the pandemic, we all faced this unfamiliar and difficult challenge. We stared at teachers through screens and unmuted ourselves each time we had to speak—it didn’t feel “real” at all. In a future pandemic or other need for virtual learning, VR would likely aid in the transition.

We could still experience school as if we were on campus, and the curriculum could even be enhanced. We could bump into classmates in hallways. We could sit down and talk during free blocks. Instead of being handed a picture or diagram of the ocean, we could go physically explore and interact with it in a virtual environment.

Employees would be the next group to benefit from VR. Most employees have to go through some sort of training to do their jobs. Especially in entry-level positions, a person must be trained or instructed to succeed in their position. Training is typically done through observation of more experienced workers or simulated experiences. However, these experiences often fail to make an impact or capture the reality of the job.

VR could correct this issue. For training to combat harmful workplace culture, for example, an individual could run through a possible experience: a real-time, simulated interaction with a coworker. Moreover, in training individuals to work with dangerous machinery, a person could be placed virtually on the machine without the hazards of failure.

VR has the power to reshape our world. But is that a good thing? As VR becomes more commonplace, to what extent will it take over real-life interactions? Physical interactions are imperative in forming connections; I am a big fan of a handshake and cannot envision a world without them. With the introduction of VR to different areas of human life, will the world become colder?

As with any advance in technology there is something gained and something lost. Right now, VR replacing human interactions is a dystopian concept; in that sense, to some degree, it feels like a fictional idea. But isn’t that the purpose of VR: to turn fiction into reality?