“Bum…Bum…Bum…” Siegfried lurches forward, clutching the dagger handle jutting out of his chest. His bewildered eyes scan his blood- stained torso and glaze over. His knees buckle. “BUM BUM!…BUM BUM!”

Thus concludes the life of the protagonist of Wagner’s infamous drama “Der Ring des Nibelungen,” a 17-hour work for a massive cast and full orchestra. The malevolent Hagen, the agent of death, skewers Siegfried to acquire the corrupting Ring of Power Siegfried intended to destroy. With his death, the valorous quest of Siegfried and his companion, the Valkyrie Brunnhilde, is seemingly terminated. Their efforts? Meaningless. Their hardships? Irrelevant. Their lengthy struggle? All for naught.

Siegfried’s funeral march encapsulates this bleak sentiment. Its opening is punctuated by the repetition of two savage chords which seem to represent the blows struck against the hero by the hand of fate.

Ensuing chorales in the brass lament the tragic conclusion of his life and his failure to fulfill his quest. The atmosphere is merciless and without compassion; Wagner gives the audience no solace in this moment of utter, unrelenting devastation.

Though I’ve personally never inherited a quest to save the world from my deceased father or been slain by a scheming dwarf—fingers crossed—it isn’t difficult to relate to this feeling of pointless strife.

Getting a mediocre grade on a test I spent hours studying for or getting rejected from a program whose application I toiled over has often left me with a bitter taste. To some degree, this sentiment is universal at BB&N: We’ve all invested long stretches of time into assignments only to receive poor scores or exhausted ourselves practicing a sport only to fare poorly in matches. A bad grade is, admittedly, perhaps less severe than taking a knife to the chest, but it stings all the same.

This sense of wasted effort and tragic consignment to fate applies to the whole world, not just our bubble of elite high schools and academic pressure. Many lives are spent in the pursuit of an aspiration made unreachable by personal qualities, societal expectations, and the reality of life. For every person who fulfills their ambitions, there are ten who do not self-actualize despite the mobilization of all their efforts and capabilities. For every individual that sleeps soundly, there are ten minds that wander the night sky, agonizing over a sense of mediocrity and disappointment. This is the world that Wagner’s funeral march presents. In some ways, the turbulent scales in the cellos and violas, as well as the unsparing strikes of the timpani, keen not solely for Siegfried but for all whose dreams are conquered by fate.

I do not write, however, to say that life is meaningless or that we should abandon our desires. The struggle inherent in life, even if it goes unfulfilled, redeems itself. There is something especially beautiful about our species’ constant desire for improvement, our need to fulfill ourselves. We are unique among the animal kingdom in this respect; not content to remain sedentary, the human being needs to push itself beyond its limits if it is to stay sane. Can you imagine existence without interest and passion, where all hours are filled with the monotony of eating and sleeping? Struggle is not just a critical aspect of being; it is the fundamental foundation of human existence.

Wagner’s funeral march does not end at the death of a dream; rather, it resurrects it. From the loneliest of abysses emerge the same turbulent scales of Siegfried’s destruction, now made rousing and noble. It does not rejoice. It solemnly strives, pushing itself forward with unshaking intent and force. The music gets louder and louder as more instruments join the steadfast chorale until finally a lone trumpeter enters. The trumpeter plays a valiant military-esque call, gazing back admiringly on Siegfried’s courage and preparing for long- awaited fulfillment. Finally, the orchestra reaches its ecstatic summit, blaring the same savage chord of Siegfried’s death, made triumphant. So, what if he fell? He strived, and he fought, and he struggled: that alone redeems him and his push.

Knowing that our collective passions and dreams will enhance the lives of those who come after us brings us solace. Human knowledge, for the most part, is not the consequence of a couple geniuses, but the methodical efforts of millions, each laying the foundation for future discovery. We can credit our own existence to the efforts of our respective ancestors. In the world of “Der Ring des Nibelungen,” though Siegfried fails to carry out his quest, his striving helps propel Brunnhilde to complete it.

As the orchestra celebrates Siegfried’s valiant efforts, I like to imagine the collective human species climbing a mountain through the darkness of the night. Though each step taken hurts like hell, and the path forward is obscured, we refuse to cease our conquest of the peaks.

It may stumble, it may lurch; nonetheless, in the face of woe and uncertainty, it staves off the void around it, seeking always to propel itself further towards the summit. Each step is both a testament to our endurance and a triumph, accompanied, again and again, by that same brassy chord. “BUM BUM!… BUM BUM!” 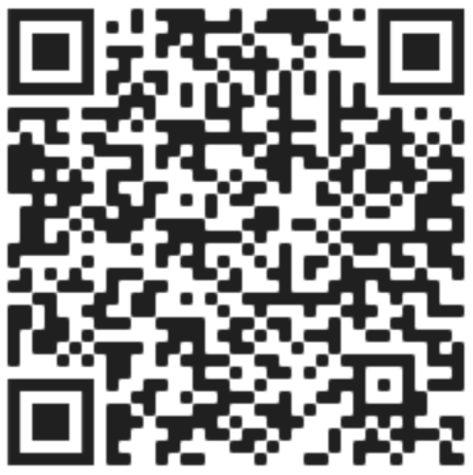