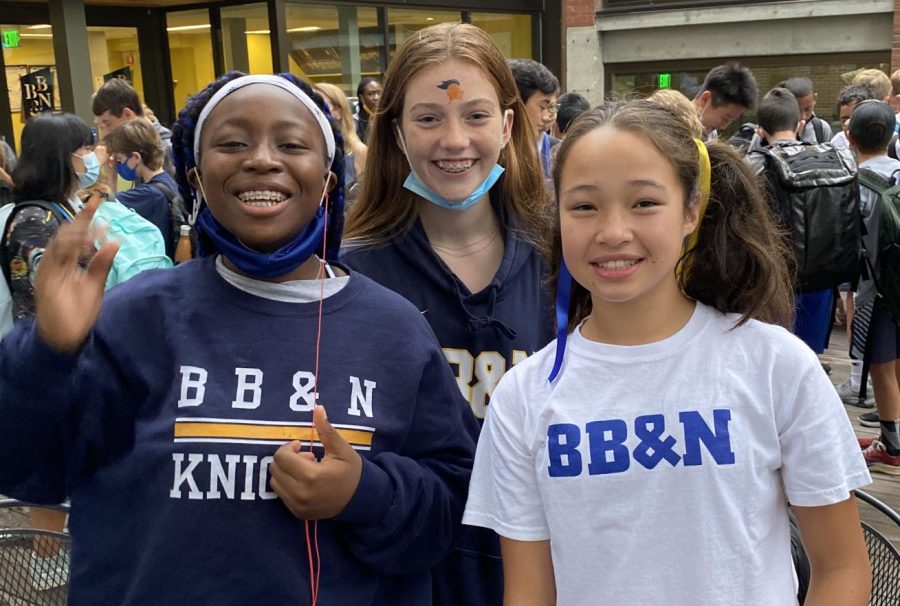 “Let your smile change the world, but don’t let the world change your smile” is one of the quotes that best exemplified Cassidy Murray’s attitude, Cassidy’s friend Princess Adeoye ’27 said. Since Cassidy’s death in late March, the Middle School (MS) held a series of events to honor Cassidy’s legacy at the school, including an assembly after March Break on Monday, March 28.

The students spoke of Cassidy’s resemblance to the color yellow— upbeat and bright—as well as highlighted some of the favorite memories they had with Cassidy.

When Cassidy joined the school during the 2021-22 school year, she immediately connected with students.

Princess said she and Cassidy became friends on a bus ride after only knowing each other nine days.

“On those bus rides that lasted an hour and a half, we would talk about everything, including personal stuff. She was the type of person you could always trust; she always kept her word,” Princess said. “After knowing her for nine days, I already knew she was a positive, genuine person who would automatically make my life better.”

Shannon Cassidy, who was new to the school this year too, saw Cassidy at the start of the year and approached her because her last name was Cassidy’s first name.

She and Cassidy soon realized they shared a lot in common, she said, and they began texting and getting to know each other. Early in their friendship, Shannon noticed Cassidy’s consistently optimistic personality and genuine kindness, she said.

“Cassidy always was happy even if she went through something that was tough,” she said. “She always figured out a way to be happy or to have a smile and could get through it. If I was ever sad and I came to her, she would give me advice to not give up and to keep going.”

Similarly, Ciel commented on Cassidy’s ability to lift up people around her.

“She was so positive; you would never hear her complain about many things. She also had the best smile and the best laugh. If she walked into a room smiling, everyone would look up and start smiling as well,” Ciel said.

Ciel said the assembly offered the community a chance to grieve Cassidy’s death and remember her as a person.

“As I looked out, I could see some people were sad, some were even crying. Throughout the day, I kept hearing the community say, ‘Great job, your speech really meant a lot,’” Ciel said.

Marina Kluzak ’27, who played hockey with Cassidy, said the assembly made her realize how many more people Cassidy’s positivity affected.

“It was really nice to hear the speeches because I have so many positive memories with Cassidy, so it was nice to know she had even more of them [with others],” she said. “It was a bunch of small memories they had had with her that were meaningful.”

In addition to the assembly, the MS created a memory book with individual notes in Cassidy’s remembrance, which they plan to give to the Murray family.