Though an exciting eat, Koreana dissappoints a low budget 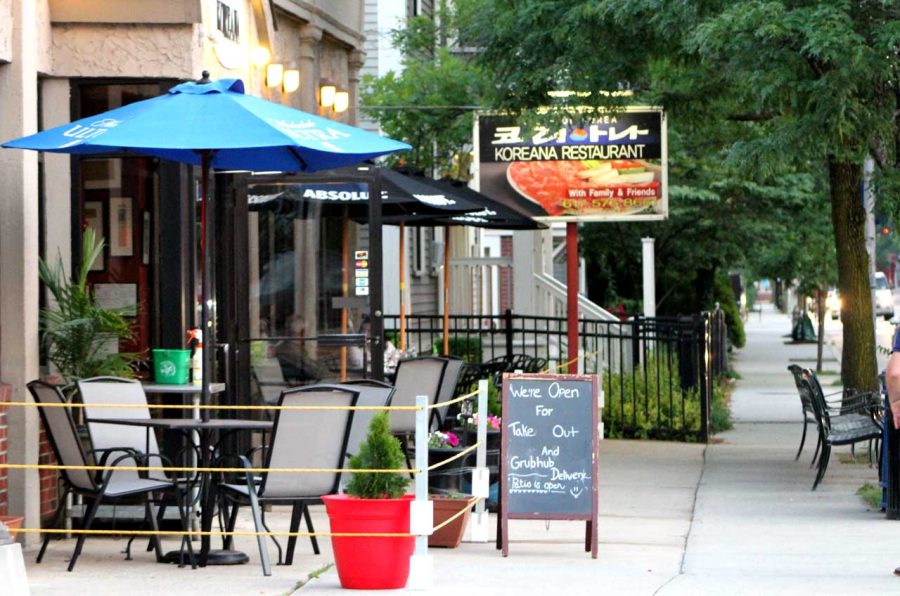 Located just blocks away from Central Square in Cambridge, MA, Koreana is a lively restaurant that’s capable of satisfying your Korean barbeque cravings. Although pricey, the menu includes several brilliant dishes—perfectly-balanced plates which wonderfully express bold Korean flavors: spicy, sweet, sour, salty, and bitter. Cheaper menu items, however, consistently are tremendous letdowns: flavorless and uninspiring. While a luxurious night out at Koreana can feel energizing after a draining week, the lack of consistent quality while on the cheaper side of the menu makes it far from one of Cambridge’s greatest restaurants since it’s a hit or miss.

However, my first trip to Koreana was nothing short of fantastic. Even though I attended the restaurant on a Saturday at 3:30 p.m., the wait was over 45 minutes, an immediate indicator that this place is good.

Because Koreana is a barbeque restaurant, a grill sits at the center of each table for cooking raw meats. Customers cook their meat at their desired temperature—a wonderful touch to the experience. Additionally, a variety of side dishes called “banchan” are complimentary, including various varieties of kimchi, kongnamul muchim–a seasoned bean sprout dish–and other pickled vegetables.

The first entree that arrived at our table was bulgogi. While I am not usually a huge fan of sweetened meat, these thin slices of marinated beef ribeye were quite delicious. The marinade did its job tenderizing the meat, and when wrapped in a piece of romaine lettuce, the sweet and mildly bitter combination complemented the well-marbled beef.

My favorite dish, however, was jumuluk galbi, a slightly thicker slice of prime rib. The thickness played incredibly well, as it took the marinade and became quite tender, but remained beefy. The flavor complexity was excellent when well charred on the outside, rare in the middle, and wrapped in a piece of lettuce.

To end our meal, we ate a kimchi stew. While pricey, the stew could easily feed two people. The dynamic broth oozed with the spicy and sour flavors that come from the fermented cabbage. Rice dumplings added a brilliant sweetness and creamy texture, while a range of meats and seafoods in the stew created a bizarre yet satisfying and intense umami flavor. This was by far the best dish I ate at Koreana.

My second trip to Koreana, however, was a major disappointment. I began my meal with a kimchi buchimgae, a kimchi pancake, but I could barely taste the kimchi—likely an intentional modification for the western pallet. The pancake was golden, as opposed to the traditional red color, and a bland oily mess. Additionally, because I was on a budget, I only ordered bulgogi for the barbeque but was informed that to enjoy the grill, customers needed to order two barbeque dishes. Instead, I opted for bulgogi broiled in the kitchen.

It was cooked to hell, flavorless, and served in a syrupy puddle resemblant of cough medicine. I also ordered the bibimbap with pork instead of bulgogi meat, but the pork was severely lacking in flavor. While I left the restaurant having spent half the amount of money that I spent on my first meal, I was utterly disappointed. I will only be attending Koreana again on special occasions.

Every restaurant must make money to stay open—Koreana is no exception. This means satisfying customers, even if catering to the masses means dumbing down recipes or serving food the chef or kitchen staff would find subpar.

Marco Pierre White, the original ‘bad boy chef’ of the 90s, first mentor to Gordon Ramsay and youngest chef to earn three Michelin stars, once said of a dessert, “This is disgusting; it’s a horrible dish. It’s vulgarity pure and simple. It’s a dish invented for suburbia; it should be called ‘Chocolate Suburbia.’ Why do we serve it? Because we’re commercial. Because, at the end of the day, you have to please the customer. And this does.” Koreana must satisfy its own suburbia.

Evidently, it’s working: the place is consistently packed, even at odd hours. While I found my second meal at the restaurant to be particularly atrocious, it may just be the kind of food people in Cambridge eat when not wanting to break the bank. So, if I’m going to find consistently great food in the area, I have my work cut out for me. Stay tuned.