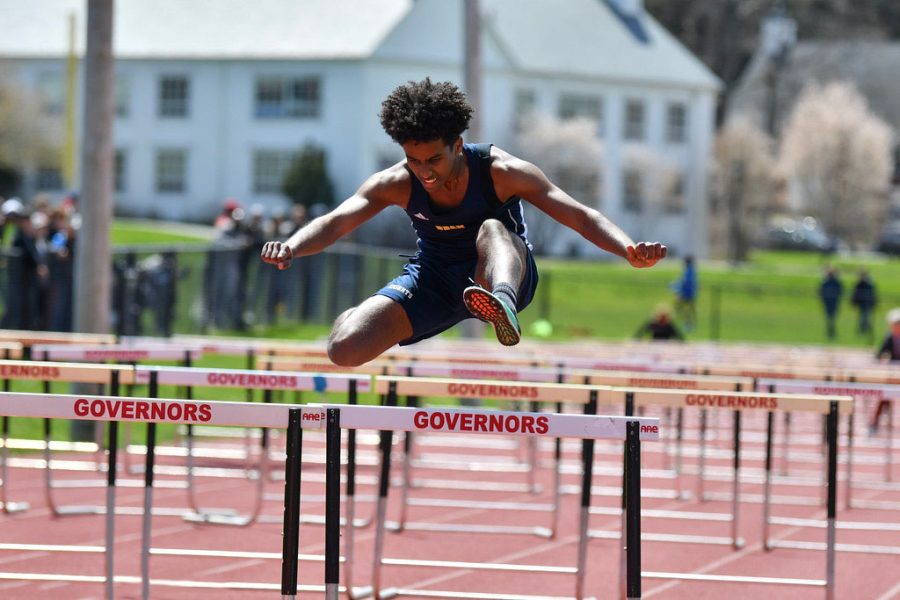 Boys Track and Field (BTF) participated in seven meets, garnering an eighth place finish out of 10 teams at the Division 2 New England Championships. The team also participated in the Independent School League (ISL) Championships at Thayer Academy, where they placed ninth out of 13 teams.

Peter Lichtenberger ’23 said this was his best track season so far, as he made ISL history when he broke the league’s pole-vaulting record during a meet at Tabor Academy on April 23 with a jump of 14 feet. He also placed first in four other events. Peter said he started pole vaulting during last spring’s track season and has been training ever since. Peter said the team was able to foster a good sense of community despite having a team composed of majority underclassmen who were new to track.

“The guys’ team had a really good atmosphere, and everybody got a lot closer. Especially for such a young team, we’ve come along pretty nicely,” he said.

The biggest challenge has been finding the right event for everybody with so many skilled members of the team, Peter said.

“We’ve got so many talented people; we have got to find every person’s niche.”

“Coach O’Rourke smiled the whole bus ride home from Tabor, making us all feel a sense of accomplishment,” he said.

Douglas said supporting his teammates and finishing races himself were some of his favorite moments of the season.

“When I finish the race, I have this feeling of relief. That makes the pain of the race worth it, because you feel great. And then I get to watch all my friends run and enjoy the day.”