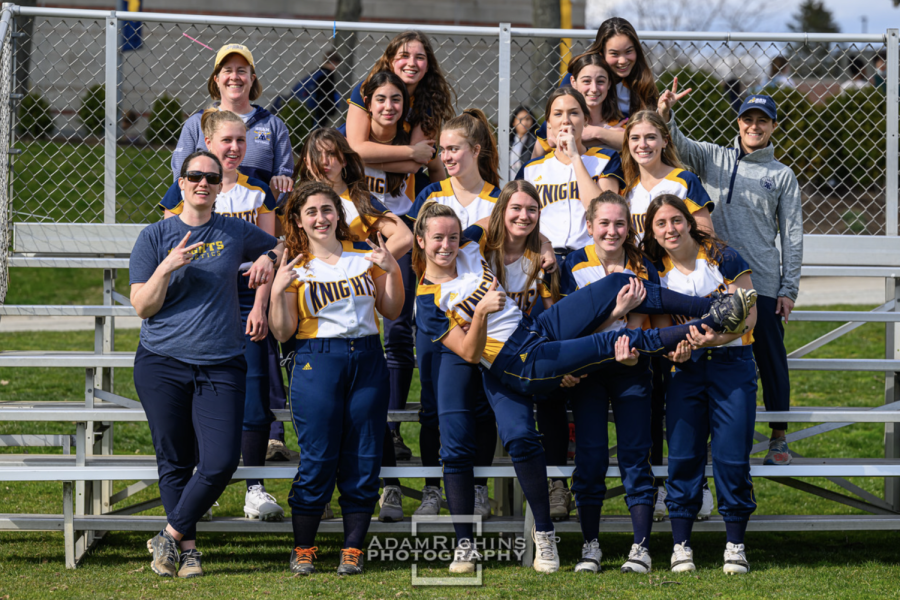 Girls Varsity Softball ended their season 4-11-0. Captain Ashley Hallice ’22 said a season highlight was coming from behind and winning the team’s last game on Buckingham Field by one run against Thayer on May 19.

“That was special for everybody, and it was the perfect way to go out on [Buckingham] field,” Ashley said.

Ashley said the team enjoyed spending time with one another no matter the circumstances or results from a particular game.

“Even when things weren’t going our way—whether it was the score, the temperature, or just our mood—everyone just enjoyed being together. That’s something I and I know the rest of the seniors will miss about this team.”

Right-fielder Maddie Song ’24, who was new to the team this season, said she enjoyed the practices when the team was split into two smaller teams that competed against each other.

“Competing against each other during practices but coming together during games brought us together and gave the team a sense of camaraderie,” she said.

Maddie said she enjoyed the “little moments” throughout games and practices.

“We have a bunch of jokes as a team, especially in the outfield,” she said. “Every time there are two outs, we always do this little gesture to each other. It was the little moments that brought us closer together.”