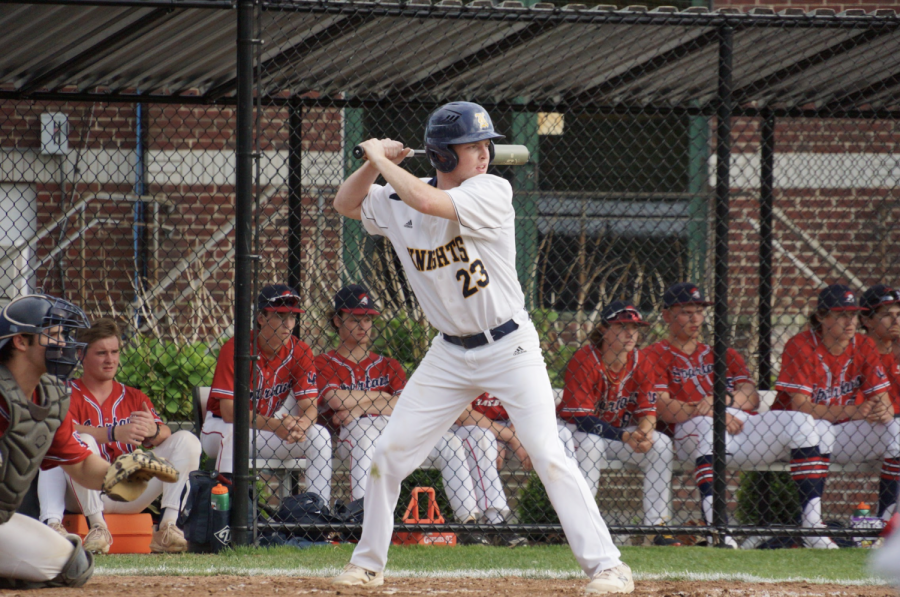 Baseball, which ended with a record of 10-11, had new opportunities to excel with multiple out of state and overnight trips.

As pitcher Matt Hirsch ’23 highlighted, the group of boys was able to bond tightly because of their busy schedules.

“I’ve never been closer with a team than this year. Getting Dunkin’ for away games, hanging out, and catching fly balls made us very close,” he said.

Matt said one highlight of the season was testing the team’s persistence against Governor’s Academy, which was undefeated when the school played them at the start of spring.

“It was a big game for us to prove ourselves,” Matt said.

BVB was up 5-0, and then Governor’s tied it up by the ninth inning—the game went into extra innings with BVB winning.

“It showed a lot of character and set the tone for the rest of the season,” Matt said.

Captain and shortstop Alex Sandell ’23 said the extensive traveling brought the team together.

“A highlight was our spring break trip to Florida and our overnights to Marion and Bridgeton because it bonded the team a lot, and it felt like we were playing college baseball,” he said.

Though the rigorous schedule, which Alex described as “very fatiguing for everybody,” was a challenge, the team was able to take care of themselves and play well consistently, he said.

Ultimately Danny Talacci ’23 said the team was able to balance fun and work, which included blasting music during practice while still focusing during the serious moments.

“There is no other sport where you can mess around during practice, listen to country music, and still be able to be productive and get better as a team,” he said. “Our ability to lock in for the game while also enjoying ourselves was a very special trait we had.”