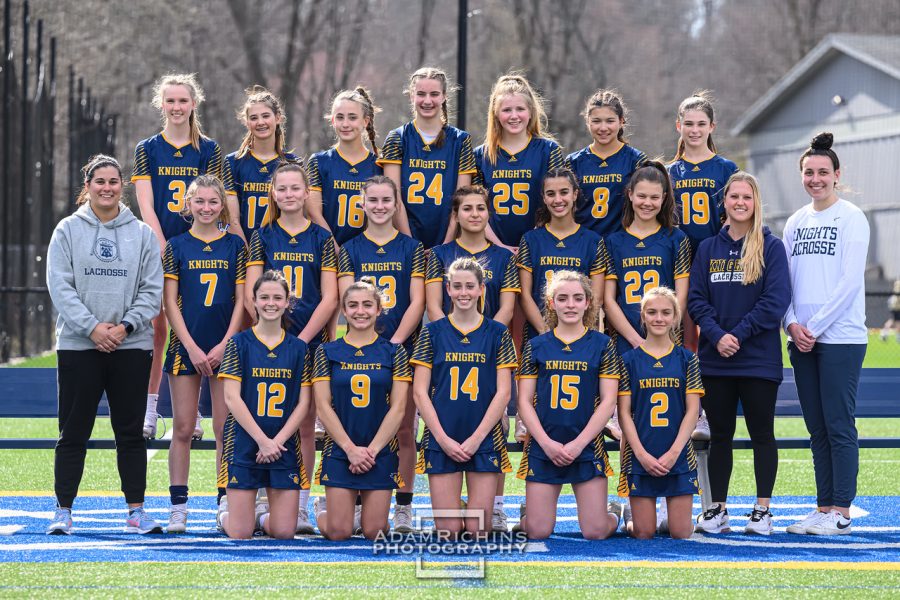 GVL Co-Captain Sophia Kennedy ’22 said the fact that this was many of the players’ first year on GVL was a contributing factor to their record. However, Sophia said the losses did not affect the environment of the team.

“The vibe of the team was amazing, and everyone got along so well, no matter the ages. I know we had a tough season, but everyone worked so hard, and we improved every day,” Sophia said.

GVL Co-Captain Grace Lang ’22 said the team prides itself in its sportsmanship and unity. This has led to good team defense and a feeling of connection between offense and defense, Grace said. In recent games against Thayer and Nobles—the top two teams in the ISL based on season records—the team had tough starts but never gave up, and GVL won the second half of each game, Grace said.

“We worked together as a team and pushed through both halves; our enthusiasm was amazing. Even when we were down, we managed to keep our heads up and keep trying.”

“My personal favorite was our Cinco de Mayo activities when the coaches brought fun piñatas full of candy, and we practiced shooting on them.”

Carter Anne Williams ’25 said the coaches promoted and facilitated team spirit, and they were supportive and willing to help players outside of practice.

“The team capitalized on its leadership, sportsmanship, and unity to come out strong for the end of the season,” Carter said.