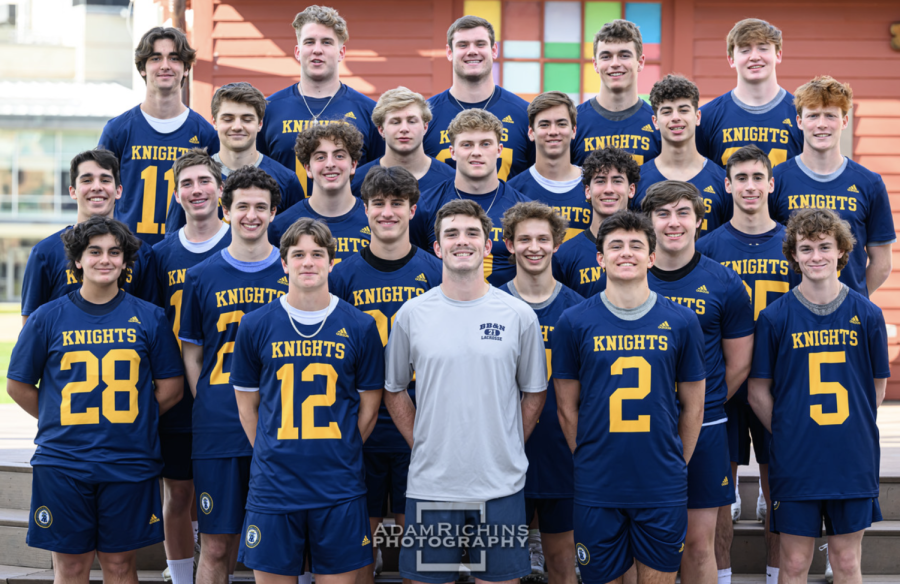 Co-Captain Ronan Hanafin ’23 said the team became a family by the end of the season. He remembers the team congratulating each other after every half no matter the score, he said.

“I am very proud of our team for keeping our heads up and improving every game,” Ronan said.

Although BVL had a tough season, Ronan said, each player worked tirelessly during practice to ensure every player was ready for the games. Everyone made sure to hype each other up after mistakes as well, he said.

“Not everyone on the team can be the best player, but they can surely be the best teammate,” Ronan said. “Lacrosse is a team sport, and that came through with our attitude.”

Carter Shaw ’25 played with both the Boys Varsity and Boys Junior Varsity (JV) Lacrosse teams. He appreciated the welcoming environment on both JV and Varsity.

“The older guys have been super helpful in giving me tips on how to continue to improve my skills,” Carter said.

Coaches and returning BVL teammates helped Carter perfect stick skills and field IQ during and after practice, showing how much they cared about each player becoming the best player they can be, Carter said.