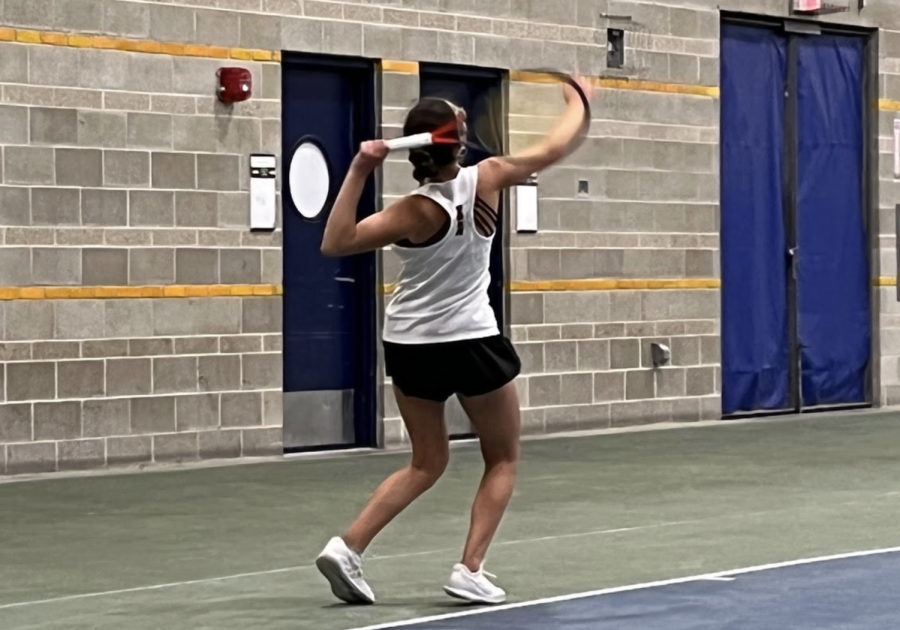 Michelle said her highlight of the season was winning two close games out of the eight alongside Alexa in doubles.

The duo played 13 sets against a pair of players from Brooks until the match was won. Playing to six points, Michelle and Alexa were always within one point of their opponents. This continued until the doubles teams reached six each and entered the tiebreaker point.

“We started significantly down in the tiebreaker but miraculously came back to win it,” Michelle said.

Teagan Kilpatrick ’25 said she enjoys most the team bonding moments off the court.

“I love tennis, but I’m definitely looking forward to the end of the season because we are going to have a big team dinner,” she said.

Grace Fantozzi ’23 said although she wishes they had won more matches, she is proud of how far they’ve come.

“Last year, we lost a little bit more than half of our games, which was a lot better than two years ago. We are making improvements,” Grace said.

As the 2022 season begins to wrap up, the team is looking forward to individually improving over the offseason and coming back together to start off the 2023 fall season with a bang, Grace said.