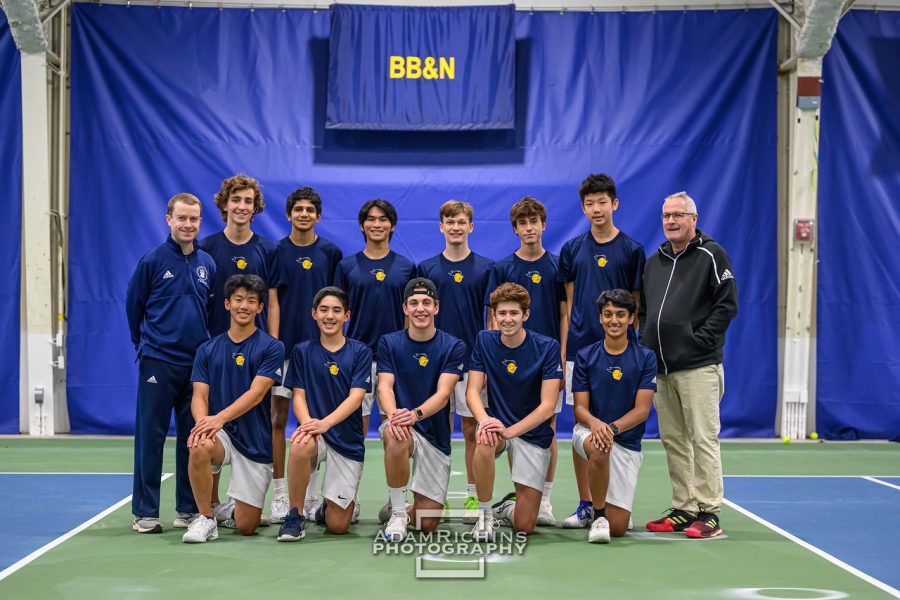 Led by Co-Captains Pablo Segovia ’23 and Nathan Bornstein ’22, Boys Varsity Tennis (BVT) finished 7-8-0. BVT player Thomas Brizius ’24 said they never stopped pushing each other to the max while supporting each other, which contributed to their successful record.

“Our entire team has improved upon themselves this season,” Thomas said.

Thomas said a memorable event was at the beginning of the season when the team took a trip to California for spring break.

“The trip really helped to break the ice between new teammates. During the trip when went to get ice cream, the team felt like a group of friends.”

BVT player Liam Deighton ’24 said from watching professionals, BVT learned how to play tennis at a higher level, which they carried throughout the season.

“We are more connected as a team than last spring season,” he said. “The pre-season trip to California and the long bus rides to games, both of which we didn’t have last year, brought us together and made this season seem more real.”

Pablo said though the team faced many challenges, the players stepped up when needed.

“We were missing two of our starters one week, which made the matches much harder on everybody else,” he said.

Despite losing both starters, BVT won the majority of the individual matches that week, winning against Brooks and Rivers.

Many BVT players improved immensely as the rankings of each BVT player compared to each other constantly swapped during the season, Pablo said “From the kids that were winning matches to the kids that were losing, everybody put in work,” he said. “Especially the kids at the bottom of the ladder, who didn’t get to play in matches but showed up to practice every single day.”