What does whistleblowing mean? 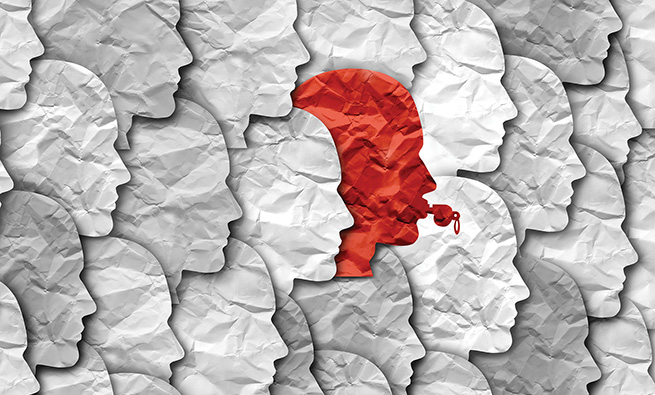 Whistleblower employee concept and whistle blower symbol representing a person in society or a company exposing corruption as a red whistle shaped as a human head in a 3D illustration style.

From Watergate to the dangers of tobacco to, most recently, Facebook’s abuse of data, whistleblowers have changed history and exposed government and corporate fraudulent practices.

Whistleblowing is the act of bringing to light fraud, abuse, corruption, dangers to health, and any other government and corporate malpractices which otherwise would have gone undetected.

Evidence from a whistleblower—Former Associate Director of the Federal Bureau of Investigation Mark Felt—led to the fall of President Richard Nixon. Anonymously, Mr. Felt had revealed the government’s coverup of the Watergate break-in to journalists, whose coverage caused Nixon’s resignation.

In 1995, Jeffery Wigland, former vice president of the tobacco company Brown & Williamson, exposed the negative health effects of tobacco, which the industry had attempted to hide, and changed societal perceptions of smoking.

Abiding by whistleblower laws can help individuals avoid reprisals from their disclosures while at times providing financial benefits.

Across the country, attorneys and nonprofit organizations like Whistleblower Aid provide legal assistance to those seeking to whistleblow. To learn more, see The Vanguard’s interview with Whistleblower Aid Founder and Chief Disclosure Officer John Tye ’94 on page 9.