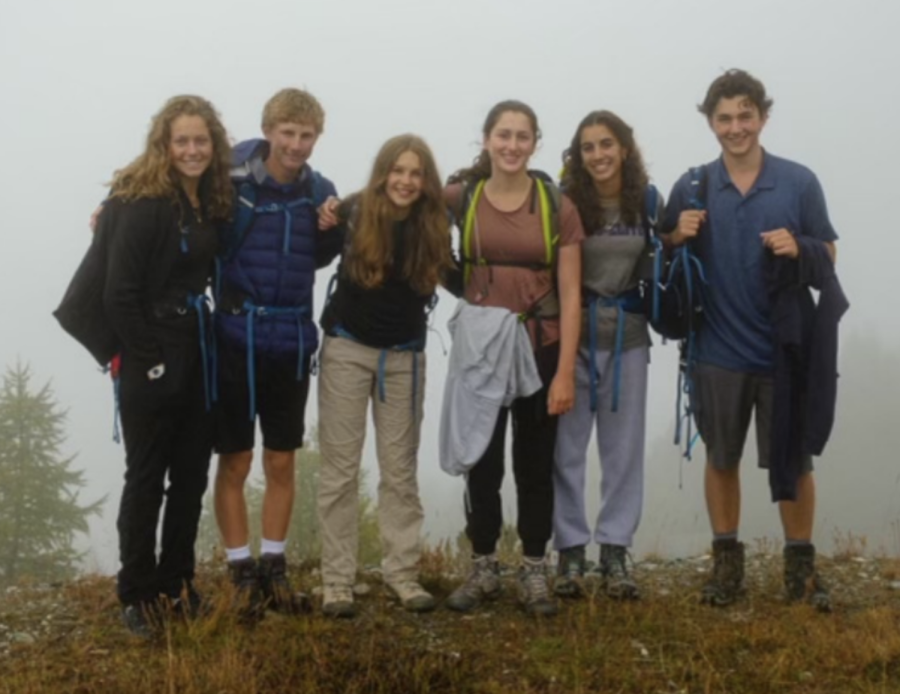 When Audra Soni ’24 arrived at Swiss Semester, she said, the program director assured the students that they would become each other’s “closest friends.”

“I didn’t really believe him at first,” she said, “but by the end, the other students at Swiss Semester really did feel like family.”

Audra traveled to Zermatt, Switzerland, in early September alongside Natalie Gersen, Will Bernstein, and Dahlia Roberts (all ’24). Additionally, Maya Prenelus ’23 went to Viterbo, Italy, for her semester away, and Kate Adams ’24 attended the Alzar School in Cascade, Idaho.

Audra decided to do Swiss Semester because she wanted a change of pace and an international experience, she said, and thought the timing worked well.

“Sophomore year is the perfect mix between being old enough to be responsible, but also not being too old that I have too much other stuff to do,” she said.

While last year’s semester-away students had limitations such as canceled international trips due to COVID-19, students this year experienced a schedule similar to pre- pandemic times.

For Swiss Semester students, masks weren’t required after one week of quarantining, which made it easier to interact with one another and make friends, Will said.

“You just found your people, and it happened really quickly because we were in a different atmosphere than a day school,” he said. “The experience was more natural because our days were so similar, so it felt like we always had something to talk about.”

Natalie enjoyed the weekend trips, she said, especially the one to Venice. There, she saw “Feast at the House of Levi’s,” a painting she had just researched and written a 17-page paper about.

“We got to see the art we were all researching in person, which was pretty cool,” she said. “I never really thought I would like it before because I was never really into art, but I actually enjoyed it once I was there.”

Swiss Semester included lessons outside the classroom and curricula, too, Dahlia said, like one of her hikes.

“It was the shortest but the steepest mountain and I was like, ‘I don’t think I can do this,’” she said. “But it was one of the best hikes I had because the whole time we were listening to music, talking, and everybody was laughing. I ended up being the first one to get to the top of the hill because I was having so much fun.”

Maya explored different areas of regions of Italy, including Perugia, Florence, and Rome, which was her favorite part of her trip, she said.

“The adventures that I took with my friends just felt so much more significant and memorable than a certain schedule that we would have to follow if we were on a school trip,” she said.

For Kate, attending the Alzar School in Cascade, Idaho, was appealing because of the outdoor activities such as kayaking, rafting, and hiking. One of her favorite experiences, she said, was encountering a waterfall in the midst of a hiking trip.

“I remember it because we were all really enthusiastic about going there even though it was far away,” she said. “We all made the most out of it and really enjoyed it even though we got super soaked.”

The program’s remote location meant that most COVID-19 precautions were minimal, which allowed her to bond with her peers, she said.

“Our community was very separate from the rest of the world, and it made everyone able to be themselves, push themselves to discover more of what they liked, and bond with the people there,” she said. “We all recognized how little time we would have together, and it jump-started those relationships.”

Upper School Semester Away Coordinator Scott Tang said exposure to new things is at the heart of semester- away programs.

“I’m interested in supporting students as they learn beyond the school and having them take on new challenges, which is not only about learning content but also learning about themselves,” he said. “The trips enable them to develop a certain level of independence, as well as competence.”

As fall semester-away students readjust to life in Cambridge, Tasha Roseman and Avery Rubins (both ’23) start their adventures in South Africa and Colorado, respectively.