Fellows reflect on Marina’s impact decade after her passing 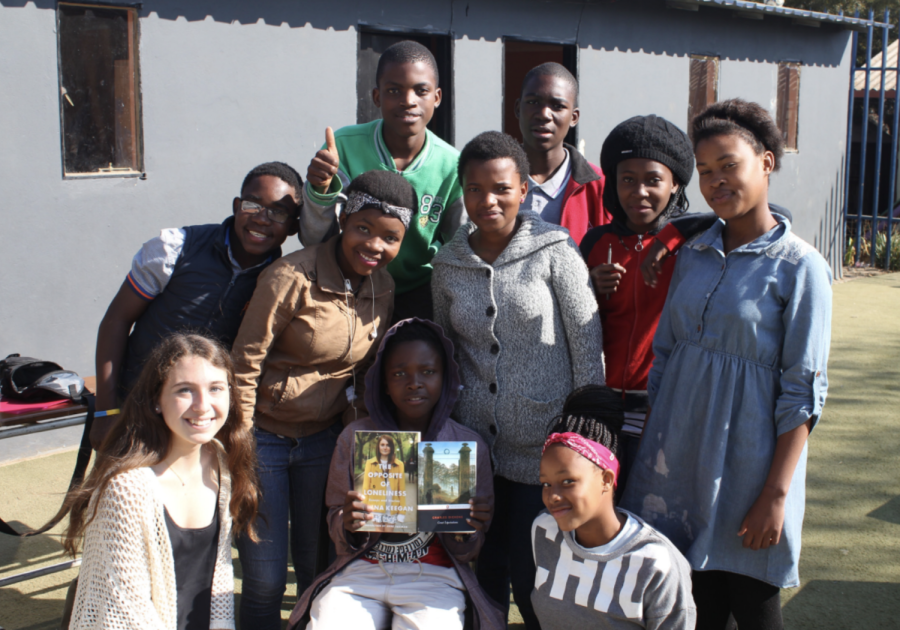 In the 10 years since the conception of the Marina Keegan ’08 Fellowship, fellows have done projects in South Africa, France, Australia, China, Rhode Island, and Dorchester before going on to lead lives motivated by Marina and her work.

Marina, who died in a 2012 car crash days after her graduation from Yale University, earned many accolades at BB&N and Yale and “stood out as a kind, intelligent, invested young woman and a loyal, perceptive friend,” according to the fellowship description.

Each year, a group of faculty, Marina’s friend Luke Vargas ’08, and Marina’s parents discuss the fellowship applications and choose that summer’s fellows to pursue projects based around arts and/or activism, the grants for which arefunded by a now self-sustaining fund started by the school in memory of Marina.

“A goal is to still have people meeting Marina through her writing and her ideals and to see people genuinely moved by what Marina wrote, what Marina represented, and what current students can do now,” Upper School English Teacher and Fellowship Committee Member Beth McNamara said.

As the 10-year anniversary of Marina’s death and the fellowship’s conception approaches, several fellows have made choices at collegiate and career levels inspired by their work with the fellowship. 2016 Fellow Sophie Smyke ’17 said the dual focus of arts and activism in the Keegan fellowship inspired her to study human rights and psychology in college, bringing theoretical concepts into more practical studies and vice versa.

“Choosing to have an interdisciplinary major feels pretty similar to the nature of the Marina Keegan Fellowship in general: finding ways to make real problems accessible and readable and to reach a larger audience, whether that be through art or writing.”

2015 Fellow Isabel Ruehl ’16, who compiled a book of memoirs about a South African township during her fellowship, is now in journalism school and said the fellowship taught her about journalism’s ethics and influence.

“Marina’s book inspired my project, which was a formative experience of how to contribute to things you really care about through writing. She introduced to me this idea of writing as a way to make change, to have a concrete impact.”

2014 Fellow Molly Murphy ’15 said the fellowship instilled a connection between what she loved to do and making an impact through leading dance therapy in the Boston area. She said it partially inspired her current career in democratic politics.

“The spirit of the fellowship was the idea that you should be pursuing your passions and that there’s a way that your passions can really make a difference in the world,” she said. “It really did inspire me to find those connections and to see the way that doing things I cared about could make a larger impact.”

2018 Fellow Jayanth Uppaluri ’20 said his fellowship project of raising awareness about autism and Marina’s essay, “Even Artichokes Have Doubts,” which details the temptation of consulting or finance jobs for college students, are driving some of his thoughts as he looks toward the future.

“As I’m older and I’m getting to the point where that’s the thing I’m thinking about, those words stick with me in the sense that, in
whatever career I have, I want to be able to advocate and make that a central portion of whatever I do,” Jayanth said.

2019 Fellow Emily Plump ’20 said Marina’s work gave her a new perspective on the field she wants to pursue.

“I’m planning on going into the medical field, and one of the most important things in that field is having a community for sick people since it’s very lonely, especially for rare diseases,” Emily said. “I learned a lot through reading her book about how you can work to give people a voice in a community.”

2016 Fellow Julie Peng ’17 said her work with patients at Boston Children’s Hospital motivated her to take on pro bono work with children and education as a paralegal at her current law firm.

Both the patients and Marina, she said, highlighted the impact she could have on others’ lives. Marina’s quote, “We MUST not lose this sense of possibility, for in the end, it’s all we have,” still affects Julie, she said.

“Possibility doesn’t necessarily mean the amount of years you have but the way in which you give your whole self to the people around you and the opportunities that you’re presented with.”

2017 Fellow Emory Sabatini ’18 also said his experiences with the fellowship have driven him to fully commit to what he loves, including a possible career in policy work inspired by his fellowship project, which changed Rhode Island voting in which he organized town halls with elected officials for Spanish-speaking Boston residents.

“I always had reservations about applying to the fellowship or doing any of the things that I’ve done afterward because I always think, ‘Is now the right time? Is this even the right path for me?’” he said. “And the answer just always has to be yes.”

2015 Fellow Katie Massie ’16 said the fellowship influenced her decision to take a gap year before college, study abroad, and not work in an office job.

To learn more about Marina and her work, visit http://www.bbns.org/marina-keegan.