Keeping Up with the Kampuses: May 2022 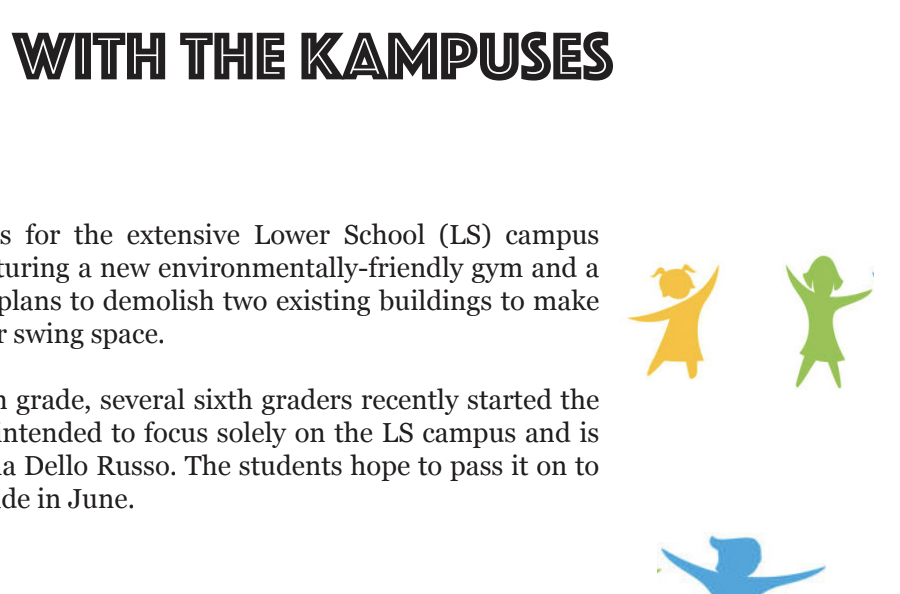 Head of School Dr. Jennifer Price detailed plans for the extensive Lower School (LS) campus renovations during the recent State of the School, featuring a new environmentally-friendly gym and a meeting space behind the Lehner Center. The school plans to demolish two existing buildings to make way for field space and a recently-acquired building for swing space.

With the idea originating when they were in fourth grade, several sixth graders recently started the first newspaper at the LS. The Buckingham Times is intended to focus solely on the LS campus and is advised by Fourth Grade Homeroom Teacher Christina Dello Russo. The students hope to pass it on to interested fifth graders as they graduate from sixth grade in June.

During spring break, Middle School (MS) Academic Technology Specialist Greta Farrell ran a program called “Maker Break” in the MS makerspace from Monday to Friday. The program was created for students to engage with the makerspace and learn design and iteration tools to construct a plan for a flower garden.