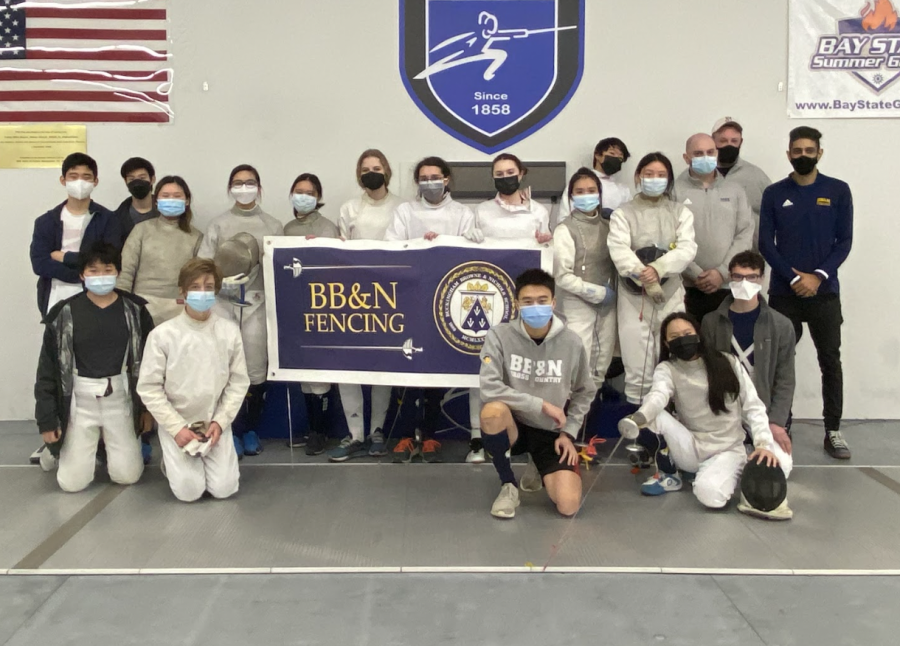 This fall, Fencing Co- Captains Helen Cobert, Elaine Mo, Daniel Wang, and Naomi Wang (all ’22) shared memories of past seasons and hopes for the upcoming season each time they passed one another in the Upper School (US) halls, Helen said.

Everyone on the team loves the sport and the members, Helen said, and the excitement felt infectious.

“Not only were the captains talking about this season months before but so were all of the coaches and all of the members of the fencing team,” Helen said.

Helen said she most fondly remembered the culture of fun and improvement.

“I’m really proud of the team for their willpower and companionship,” Helen said. “It takes a lot to make the drive to practice every weekday, and people really stepped up to the challenge.”

The team practiced four times a week at the Boston Fencing Club, a five-minute drive from the school. Fencing Coach and US Math Teacher Grace Wang found competitions against other schools were more beneficial to the team than any practice.

“For a sports team, it is really important to compete, and so it wasn’t before they had the first tournament until the team realized what it meant to be a team,” Ms. Wang said.

At their first competition at Concord Carlisle High School, they won the majority of the matches.

“We showed up to that match joyful and excited to compete, and that was the difference we needed to win,” Ms. Wang said.

With a team of 80% freshmen, Ms. Wang said, their greatest strengths were their willingness to learn and their potential to continue growing next season.