Technology leaps into future with xenobots 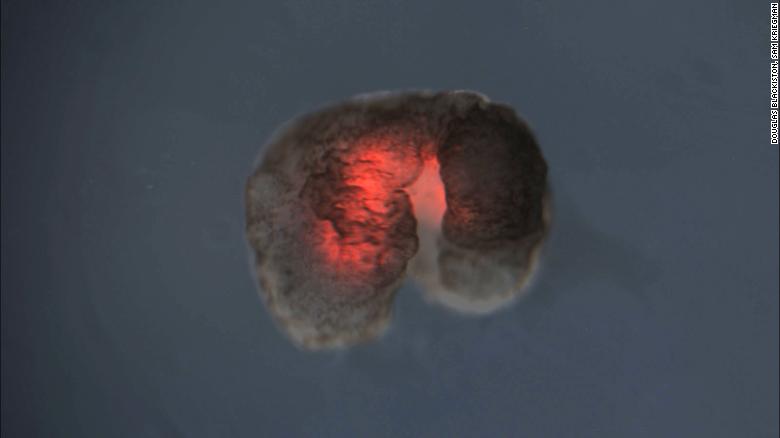 What’s your first thought when you hear the word robots? Maybe drones, terminators, or Boston Dynamics. I guarantee you don’t think of African clawed frogs (Xenopus laevis). It’s not my first thought either, but with the aid of computer science and biological engineering, these frogs now enter into the robotics category.

Obviously, scientists haven’t taken frogs and given them cybernetic parts or made a robot that appears to be a small frog. They have, however, engineered the cells of frogs to create robots: xenobots (derived from Xenopus laevis, the species of frog from which the cells were harvested).

Specifically, scientists have used stem cells. Stem cells are unspecialized cells capable of developing into any cell type. Think of stem cells like building blocks: if you place them in just the right way, they can create a masterpiece.

However, a masterpiece often takes time to craft. It would be tedious and wasteful to assemble and disassemble the stem cells over and over. Instead, scientists used an algorithm to investigate hundreds of potential configurations and then pieced together the best arrangements of stem cells on a cellular level and tested them; groups of T-cells, developed stem cells, were created for specific actions and then all spliced together. After countless hours, the scientists had their xenobots.

Xenobots are not just metal contraptions. An integral aspect of robotics is the ability of something to act on its own on behalf of people. For simple computer-based technology, this central component can be accomplished by typing a few ones and zeros.

However, programming living robots isn’t as simple as typing binary code. It is not possible to imprint code-based commands into a living organism—at least not yet.

So, how does one give instructions to a microscopic organism that has no normal means of communication? You change its physical shape. If humans had fins instead of legs or a fish had wings, it would inherently change the interactions each organism had with its environment. On a less extreme level, scientists have done the same with xenobots. Using Artificial Intelligence (AI)-generated models, scientists determined the best shape for the organisms to accomplish a certain action. In particular, they morphed the blob of cells to maximize the organism’s efficiency in collecting certain things.

Months later, scientists managed to have the organisms reproduce in a way unprecedented in nature. By transforming the clump of cells into a Pac-Man-like shape, the scientists accidentally allowed its replication. The xenobots use a process called kinetic replication, which has only been known to occur on the cellular level. In this process, the parent xenobots seek out and collect stem cells around their environment. (Unlike Pac-Man, no ghosts are chasing them.) The two parents then connect and eventually circle each other until a smaller clump of cells pops out. Over the next few days, that smaller clump grows to be the size of the parent.

Given these recent developments, the scientific community is excited for the future applications and evolution of similar living robots. Many scientists look toward the medical sphere and the possibility of growing organs or producing pharmaceuticals. These little robots could be injected into us and fight any number of viral threats. They could be programmed to find a certain viral protein and then be sent out as targeted killers. Conversely, they could transport medicine to specific areas of the body, even at the cellular level.

Other scientists look toward our environment. These little robots could very well be tasked with removing the world’s garbage. They could be instructed to collect microplastics and other cumbersome pieces of waste or to clean up our oceans. However, this strong optimism is countered by concern from an ethical standpoint. If xenobots were able to reproduce without stem cells provided to them, what could happen? If xenobots were not capable of being easily destroyed, what could happen? If xenobots broke from containment, what could happen? Those questions and possibilities prompt caution. The last thing humanity needs is frog cells conquering our planet.

That said, I believe there is no need to halt technology’s development. Of course, we will need to exercise caution, but the applications of the technology are too great not to explore. We are entering into an area of complete unknowns and therefore limitless possibility. We must continue to venture into the field of AI regardless of our fears. Why not give these clawed frogs a chance?