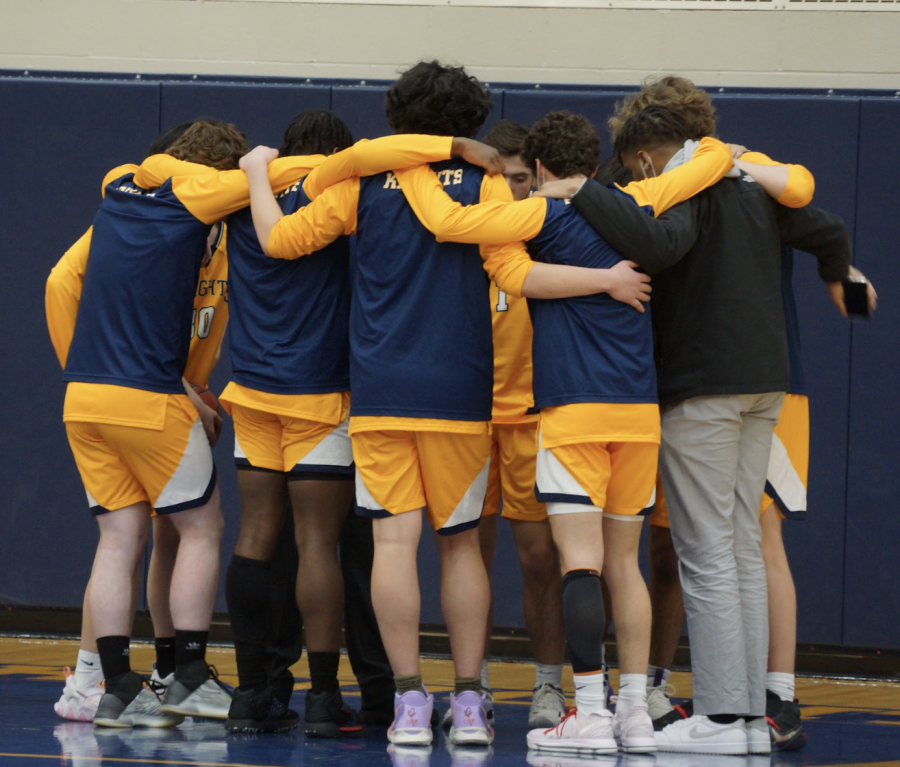 Although Boys Varsity Basketball (BVBB) struggled against their opponents this year, they were connected by a love of the game and a drive to improve, Neel Scherfke ’23 said.

“We have had our fair share of losses, and that has been one of the main challenges this year,” he said. “However, from all these losses stems a will to compete and do better next game.”

Neel said one of the best parts of the season was getting to connect with teammates in practices, on buses, and during games.

“A favorite moment was after we won our first game of the season against St. Mark’s, and we were all celebrating in the team room,” Neel said. “That was a lot of fun, and we were all so excited that we won.”

With a 2-17 record, Jonathan Wang ’22 said, the team’s greatest struggle this season has been maintaining motivation despite their losses.

“The greatest struggle this season is probably having to face loaded teams who actively recruit players from all over the country,” he said. “Compared to powerhouses like St. Sebastian’s and Milton Academy, teams that have around five recruits on their team, BB&N only has one. Nevertheless, we go into each game with a winning mentality and compete. We always start off our games strong, but keeping the same energy and momentum down the stretch against teams that are bigger and more athletic has been challenging.”

However, Jonathan said he has hope for BVBB going forward.

“We do have a lot of young talent on the junior varsity and middle school A team,” he said. “As they develop under the guidance of Coach Al Myles, I’m confident they will be key pieces on the varsity team in the coming years and help lead BB&N to a winning record in the ISL [Independent School League] and even make the NEPSAC [New England Preparatory School Athletic Council] Class A playoffs. The future is bright.”