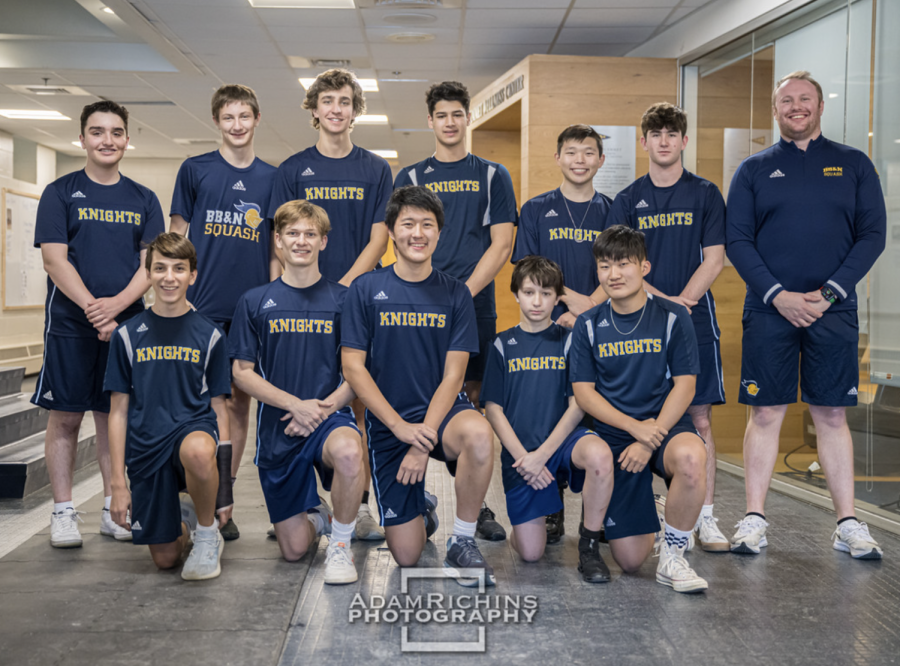 The Boys Squash team spent their practices this season focusing on fundamentals and tactical work—skills that earned them a spot at New England’s and Nationals. Any school with a squash team is invited to the tournaments and is placed into different classes based on their record.

The team placed fourth in Class D at New England’s with a record of 1-2, which was a highlight for Co-Captain Rohan Badani ’23, he said. After losing two games the team expected to win, the quarter- final match came down to one game played by Liam Deighton ’24.

“Liam played the best squash I’ve ever seen him play. He won 3-1 and secured a win for the team,” Rohan said. “We were really proud of that, and we all had a team lunch at Chipotle to celebrate.”

Because the school doesn’t offer squash facilities, the boys practiced at Tufts University four times a week from 7:00-8:30 p.m. While the timing is a challenge, the players have felt motivated to improve, Co-Captain Fotis Zafiriou ’23 said.

“There were players who were playing for the first time and people who hadn’t played much, and I’ve seen improvement,” he said. “Members of the team have even asked me to practice outside of school in the pursuit of improvement.”

“We have some high-level players in the group and some complete beginners, and they have all worked well to help each other in becoming better players,” he said. “There is a common ground: all the players want the program to be as successful as it possibly can.”

The team finished the season with a 2-11 record, and they placed 6th in Division 5 at nationals.