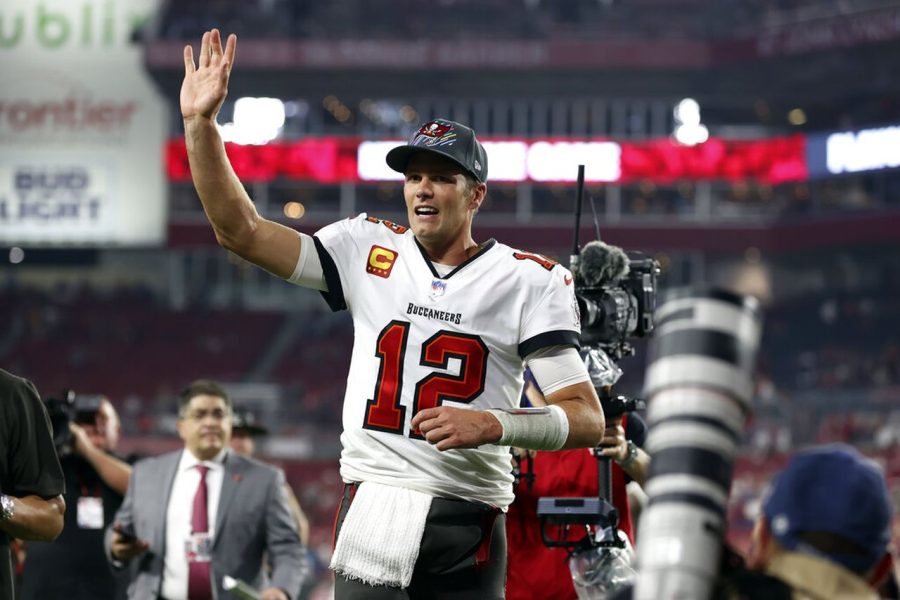 On February 3, 2022, six-time Super Bowl Champion, 20-season New England Patriots quarterback, and three-time National Football League (NFL) Most Valuable Player (MVP) Tom Brady retired from the NFL. Brady made the announcement on Instagram, thanking his family, friends, and Tampa Bay Buccaneers players and coaches. The Vanguard set out to discover students’ views on Tom Brady’s retirement and whether or not he left the NFL in the right way.
Elizabeth Chin ’23, a Patriots fan: I am not a fan of his exiting Instagram post; he didn’t even mention the Patriots after decades, but he had to mention the Buccaneers, with whom he had two seasons. I’m very appreciative of all he did for New England, but he had to mention the Buccaneers, with whom he had two seasons. I’m very appreciative of all he did for New England, but I’m a little salty.
Thaddeus Foote ’22, a Patriots fan: I’m disappointed he retired since he’s the greatest quarterback of all time. But I’m not surprised, and I’m sure he’s been thinking about it for a while; he didn’t make this decision rashly. He could have played longer. He did not retire in the right way. He got leaked, then he posted on Instagram without mentioning the Pats—ridiculousness. He should have kept it super-secret and done an all-out Super Bowl commercial of emotional music and his best highlights.
Ava Wade-Currie ’23, a Patriots fan: He’s leaving in the correct way. The Instagram post doesn’t matter since he’s going to sign back with the Patriots for one day, and actions speak louder than words.
Nick Heisler ’22, a Patriots fan: Even though I would have appreciated a comment from Tom Brady to Patriots fans on the day of his retirement on Instagram, he has the right to do whatever he chooses. When he initially left the Patriots, he made a statement about how he’s now part of a new franchise, so I understand his commitment to them. I still love Tom Brady; he’s like my dad.
Jude Poisson ’24, a Patriots fan: As bad as it is to leave after losing, it was time for him to go. It was very disrespectful that he didn’t mention Patriots fans or teammates. With two decades worth of plays and love, it is absolutely horrible that he didn’t return the love of the Patriots Nation and left in such a disgrace. He should have done a much better job of addressing his coaches and teammates of the obviously superior team: the New England Patriots.
Bennett Ross ’24, a self- described “Patriots opposer”: It’s important to recognize that he is the greatest quarterback ever. I don’t hold any anger, and I’m not celebrating that his retirement didn’t go smoothly. He brought the Buccaneers to another playoff, so he definitely could have played more years. He made the decision rashly, shown by the leaking and mixed messages from the media.
Katie Baker ’23, A Philadelphia Eagles fan: Tom Brady has never been my favorite guy, and I don’t know that he’s always been honest with the media. However, he owes his success to Boston and to Bill Belichick. To overlook that in his Instagram retirement speech was calculated and selfish. Also, to go to the Buccaneers for his last two seasons after decades in New England was selfish.